Óscar Sevilla: I hope Miguel Ángel López is treated differently than I was 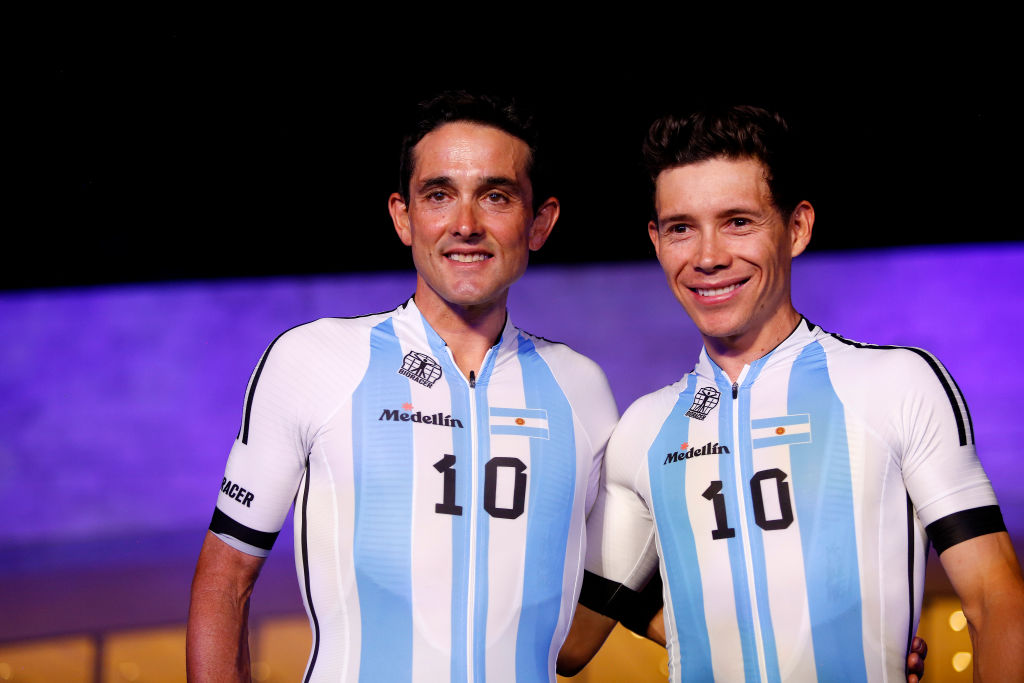 For now, Miguel Ángel López may describe his dismissal from Astana as a mere parenthesis and his time at Continental outfit Medellín-EPM as something of a gap year, but his new teammate Óscar Sevilla knows the realities of the plight.

Now 46 years of age, Sevilla turned professional with Kelme in 1998, but his career at the top level effectively ended with the Operación Puerto eight years later. The Spaniard didn’t receive a formal suspension for his implication in the blood doping inquiry, but the damning, half-talk code of Dr Eufemiano Fuentes’ files condemned him all the same.

After being fired by T-Mobile, Sevilla was persona non-grata among top-flight teams. He spent a year with Relax-GAM and two with American outfit Rock Racing with fellow Fuentes clients Tyler Hamilton and Santiago Botero as teammates.

After meeting his now wife, he relocated to her native Colombia, where, despite a positive test for HES in 2010, he has extended his career and built a new life.

Sevilla doesn’t view his banishment from European racing with any wailing or gnashing of teeth – “I’d have earned a lot more money, but I’d never have been as happy as I am now,” he once said – but he is aware that his new teammate may not be as sanguine about his exclusion from the top table.

López was fired by Astana in December due to his links to Dr Marcos Maynar, who is at the centre of a drug-trafficking inquiry in Spain. After failing to find any suitors at WorldTour or Pro Continental level, López will spend 2023 with Medellín-EPM, with this week’s Vuelta a San Juan likely to be the biggest race of his season. Once the doors to the WorldTour ease shut, they are, with rare exceptions, not readily pushed open again.

“I hope it’s different for him than it was for me, I hope he is treated better and gets more understanding and that he can get rid of this thing,” Sevilla said in San Juan. “I haven’t spoken about it with him, but Miguel Ángel is young – he’s still only 28 – and he has a long career ahead of him, so I hope it’s nothing. I hope he can resolve the issues and get back to riding the biggest races.”

López was provisionally suspended by Astana in July after he was questioned at length by Spain’s Guardia Civil upon his arrival at the Madrid airport ahead of the Vuelta a Burgos. Astana later reinstated him in time for him to finish fourth overall at the Vuelta a España before terminating his contract in December.

The Colombian has not been charged by police or…