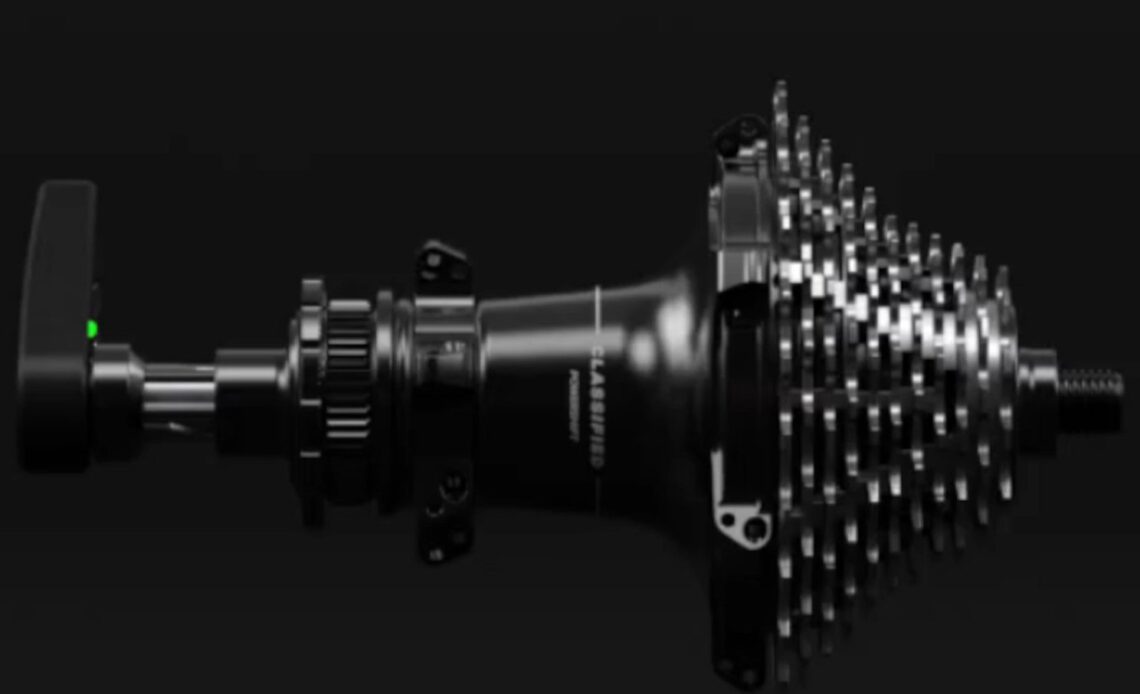 Nick Evans, the CEO of equity firm Active Partners has invested 10 million euro into Classified Cycling. Classified is the company that has created the innovative Powershift hub that contains an electronic shifting system that essentially replaces your front derailleur. If the new system catches on, it could change the bike industry quite dramatically.

According to a report from The Times, Evans, whose firm has invested in a variety of companies and has been a driving force in Rapha’s ascension in the cycling industry, is a keen cyclist and excited by the new tech. Although internal hubs are not new, Classified’s system is a minimalist approach with just two gears. It’s meant to replace the front derailleur, and using a lightweight build, would reduce a bike’s overall weight. Compatibility-wise, it’s also easy-to-use, you just have to use the company’s own cassette system.

Classified has several ambassadors who praise the new system, including recently retired and former world champion Philippe Gilbert. ”I believe in technology as a critical element of performance and cycling itself, and Classified is the future of cycling,” the Belgian said.

Other cyclists who are working with the company include former classics star Tom Boonen. “This is the first leap forward in drivetrain technology for decades.”

Gilbert and Boonen aren’t the only ones who are fans of the new system. Former pro André Greipel was hooked seconds after trying it. “After just five pedal strokes, I decided I wanted to invest in Classified.”

The next step for Classified is creating collaboration agreements with the various wheel and hub makers, in an effort to make the system standard in their set-ups. Will this spell the end of front derailleurs? Only time will tell.