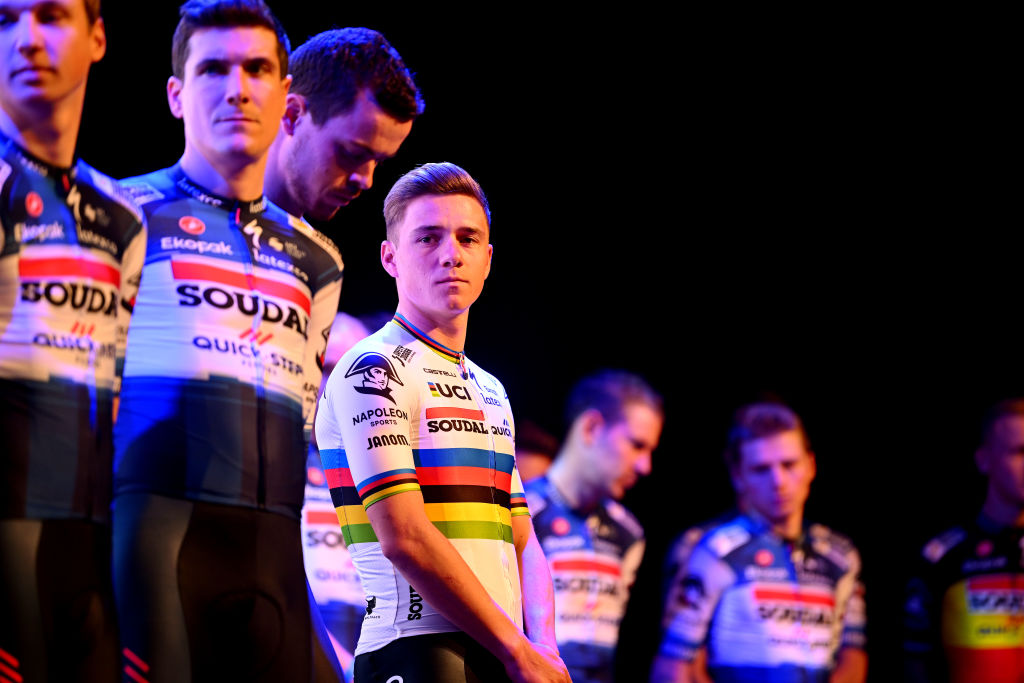 Remco Evenepoel and his Soudal-QuickStep teammates have already arrived in Argentina ahead of their participation at the Vuelta a San Juan, which gets underway on January 22.

The world champion will be joined in a strong six-man line-up by Fabio Jakobsen, Yves Lampaert, Michael Mørkøv, Jan Hirt and Pieter Serry.

Evenepoel will wear the number 1 dossard in San Juan thanks to his status as defending champion. The Belgian won the last edition of the race in 2020 ahead of Filippo Ganna and Oscar Sevilla, who are both slated to participate once again in 2023.

“Remco won the last time we were here, and he now returns as World Champion, ready to kick off a season that we all hope will deliver many great moments,” Soudal-QuickStep directeur sportif Davide Bramati said in a statement released by the team.

Three years ago, Evenepoel forged his eventual overall victory in the time trial to Punta Negra, but there is no stage against the watch this time out.

“Without an individual time trial, Alto Colorado [stage 5 – ed.] will be decisive for the general classification, so we’ll see how things go on that stage and what we can do there,” said Bramati.

On Thursday, in their first outing on the bike following their arrival, Evenepoel and his teammates trained for 80km, taking in the finale of stage 6, where the fast run-in ought to give Jakobsen one of a number of shots at stage victory. The Dutchman’s sprint rivals in Argentina will include his former teammate Sam Bennett (Bora-Hansgrohe).

“San Juan will be a nice test also for Fabio, who has a good lead-out and will look to show his speed and pick up a victory on one of the many flat days of the race,” said Bramati.

All eyes, however, will inevitably be on Evenepoel and his rainbow jersey in the race and throughout the build-up. The Belgian is scheduled to be the guest of honour at a friendly football match in San Juan between Argentinian champions Boca Juniors and Everton de Viña del Mar of Chile.