Remco Evenepoel kicks off 2023 season at Vuelta a San Juan 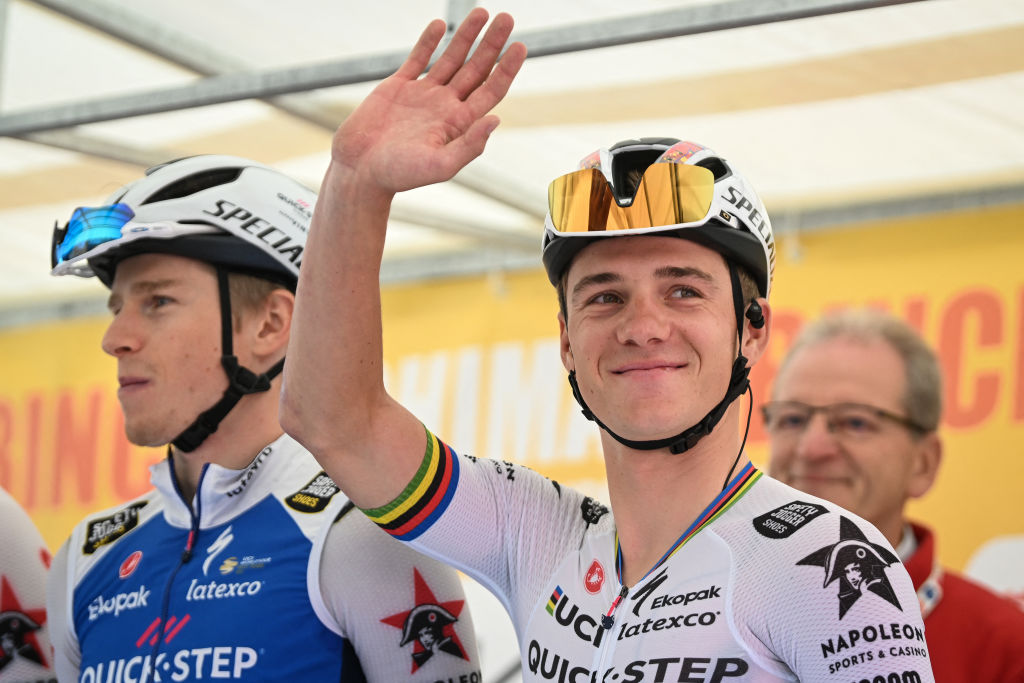 Soudal-QuickStep‘s star pairing of Remco Evenepoel and Julian Alaphilippe have confirmed the starting points of their 2023 seasons, with the rainbow jersey holder set to kick off his campaign at the Vuelta a San Juan, while the former world champion will be racing in his native France in late February.

The Belgian team announced that Evenepoel, who also won Liège-Bastogne-Liège and the Vuelta a España this season, will return to the race he won in 2020 to start next season. The Vuelta a San Juan, which hasn’t been held since that edition, will take place from January 22-29.

Alaphilippe, meanwhile, is set to head to the Faun-Ardèche Classic and Drôme Classic on February 25 and 26, the two one-day races having formed part of his season openings in two of the past three seasons.

“I’m happy to race again in San Juan,” said Evenepoel, who won the mid-race time trial en route to victory back in 2020. “It was my first race as a pro in 2019, I have a lot of great memories from my previous outings in Argentina, and I’m delighted to start my year in the rainbow jersey there.

“I hope to see many of those amazing fans on the road and I can’t wait to debut my Soudal-QuickStep world champion jersey in a couple of weeks.”

Evenepoel won’t be the only start to head to Argentina next month. Sam Bennett (Bora-Hansgrohe) recently confirmed that he’ll return to the race where he won the closing stage in 2019.

World Hour Record holder Filippo Ganna (Ineos Grenadiers) will also be among the headliners at San Juan. The Italian raced there in 2017, 2018, and 2020, winning the youth classification and finishing second overall four years ago. Peter Sagan (TotalEnergies), who took part in the 2019 and 2020 editions, will also be competing.

Alaphilippe will take on the two French one-day races based around Valence in the Drôme, south-east France, according to WielerFlits. He’s previously lined up at each one four times, including in 2022, but has yet to take a win in either race.