Remco Evenepoel’s bike: What is the world champion racing in 2023? 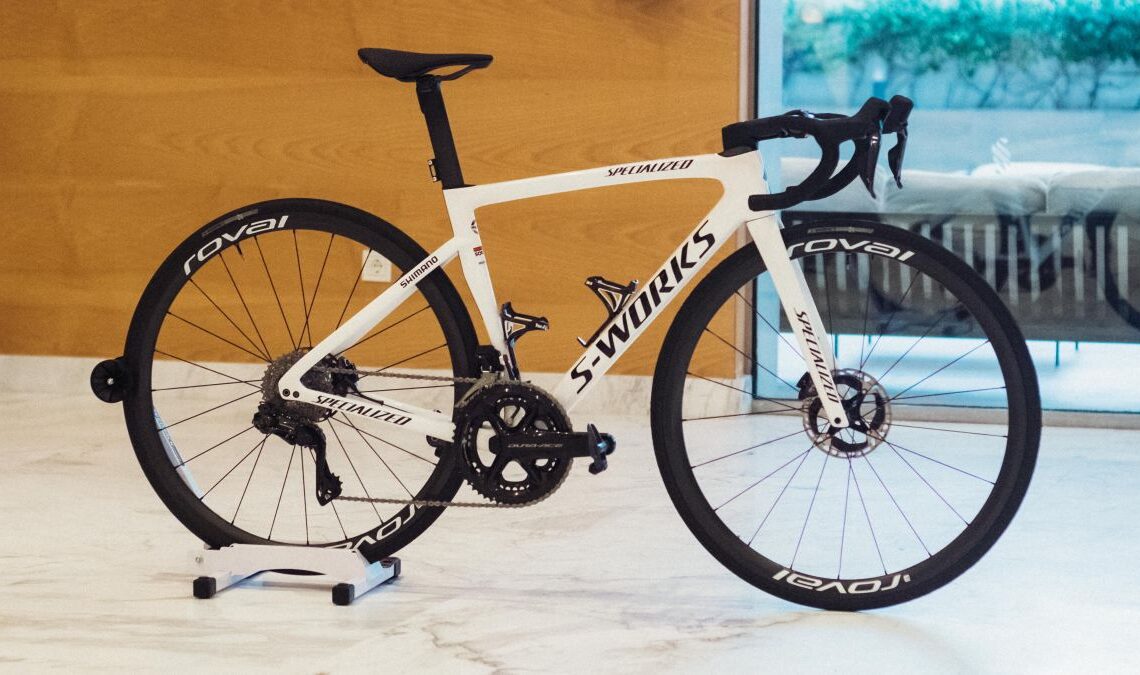 Remco Evenepoel is one of the biggest names in professional cycling right now. He is the current men’s road world champion, having ridden to victory with a solo attack to win at the 2022 World Championships in Wollongong, Australia. He’s also the current Vuelta a España champion, winning the red jersey in Madrid with a margin of over two minutes over the Spaniard, Enric Mas.

He’s currently front and centre of the ostensibly Belgian Soudal-Quickstep squad, a team that in the past has tended to focus more on the one-day classics that the longer stage races and grand tours. This does seem to be shifting lately, as Evenepoel, like other young superstars like Wout van Aert, Tadej Pogačar, and Tom Pidcock, isn’t content to be pigeon-holed into a single category of rider; he seems to want to win everywhere, at all times, whatever the race or terrain.

Unlike Pidcock and Van Aert, though, all of Evenepoel’s time is spent racing on the road, so almost all of his racing minutes are spent aboard one bike – save for time trials, of course – but which one? What bike does Remco Evenepoel use?

This article will answer that very question, with a close-up look at his latest bike and a dive into the recent history of Remco Evenepoel’s bikes from seasons past.

What is Remco Evenepoel’s bike?

Soudal-Quickstep is one of several teams sponsored by Specialized, and as it only produces the Tarmac SL7 ‘all rounder’, rather than having separate lightweight and aero bikes, Remco will be riding one of these along with the rest of the squad.

As the current world champion, however, he is not only afforded the privilege of donning the rainbow jersey (and, mercifully, black shorts), but he also has a special custom Tarmac with a complimentary paint job.

He’s a small rider at 171cm, and uses a 52cm frameset. He technically is between two sizes, but, as nearly all pros would, he’s sized down and opted for a longer stem. While we weren’t allowed to weigh this model, given the small size of the frame we don’t doubt that the mechanics will have been able to get it more or less bang on the UCI 6.8kg weight limit.

While out touring the WorldTour winter training camps, we were fortunate enough to convince the Soudal-Quickstep mechanics to let us borrow Remco Evenepoel’s bike, which he’ll use to kick off his 2023 season, for enough time to take these photos.