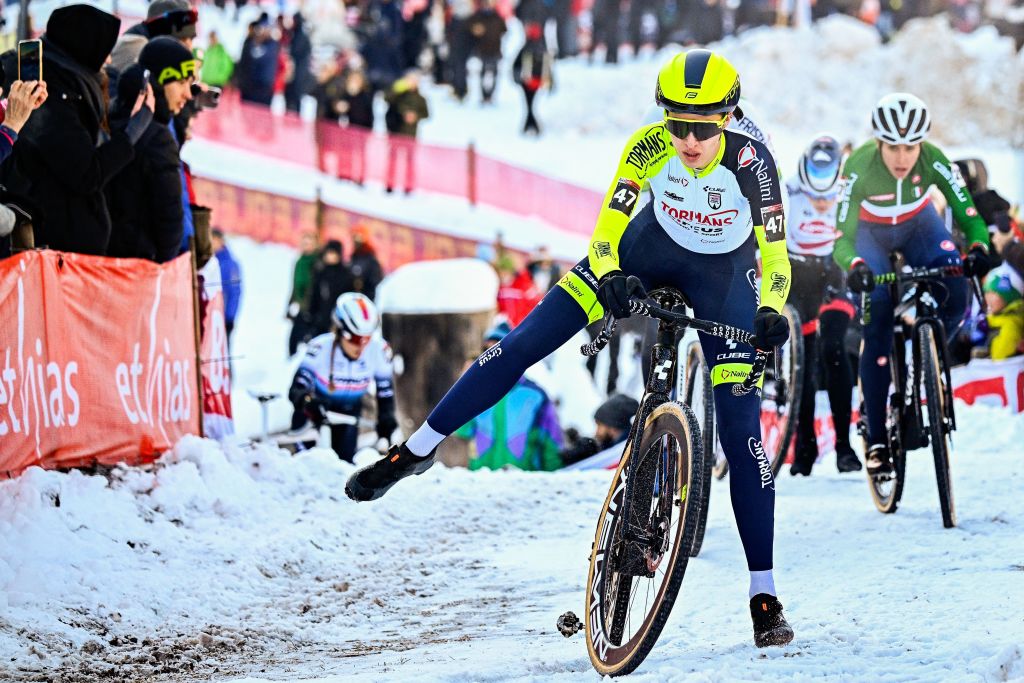 Young cyclocross specialist Marie Schreiber has shown herself at the front of major races this season, unafraid to challenge the dominant Dutch riders. After landing four top-10s in UCI Cyclocross World Cups, a podium in the Azencross in December, and two victories at C2 races in Germany, the Luxembourger has signed a three-year contract with the SD Worx team.

Schreiber, 19, will continue to race with the Tormans Cyclocross Team until the end of February, but joined SD Worx at their training camp in Denia, Spain this week, signalling the team’s confidence in her promise on the road.

“It was really a surprise for me that Team SD Worx was interested,” Schreiber said in a team press release. “It’s a huge boost to my confidence that they also see opportunities on the road.”

She admitted that her road experience has been lacking because of school and the COVID-19 pandemic. “This season I will have to figure out a bit on which terrain I can do best. Although this road season will mainly be about cyclocross. If you want to perform well in cyclocross in winter these days, you need a solid road season.”

Schreiber will have a few cyclocross colleagues at SD Worx. Although Hungarian champion Blanka Kata Vas is the only full-time ‘cross racer in the team, fellow Luxembourger Christine Majerus has a long history in the discipline, while Lorena Wiebes and Lotte Kopecky have taken part in a few races. She expected having Vas as a teammate to be a boost.

“When there are two of you, you can share your experiences well. Furthermore, you pull together,” Schreiber said. “I have surprised myself somewhat with my performance in recent months. Things are going better than I expected. Those performances in the field also give confidence for the road season. After all, some of the girls I am competing with now in cyclocross are also doing well on the road.”

“Experience shows that good cyclo-cross riders usually also do well on the road,” Stam said in a team statement. “Where her potential lies, we will find out in the coming season. Given her physique, at first glance she looks like a climber. In the Ardennes block and races in the second tier, we want to cautiously see which races suit her best.”

The addition of Schreiber brings the 2023 SD Worx team to 16 riders. She is the fifth new recruit alongside Wiebes, Femke Markus, Barbara Guarischi and Mischa Bredewold.