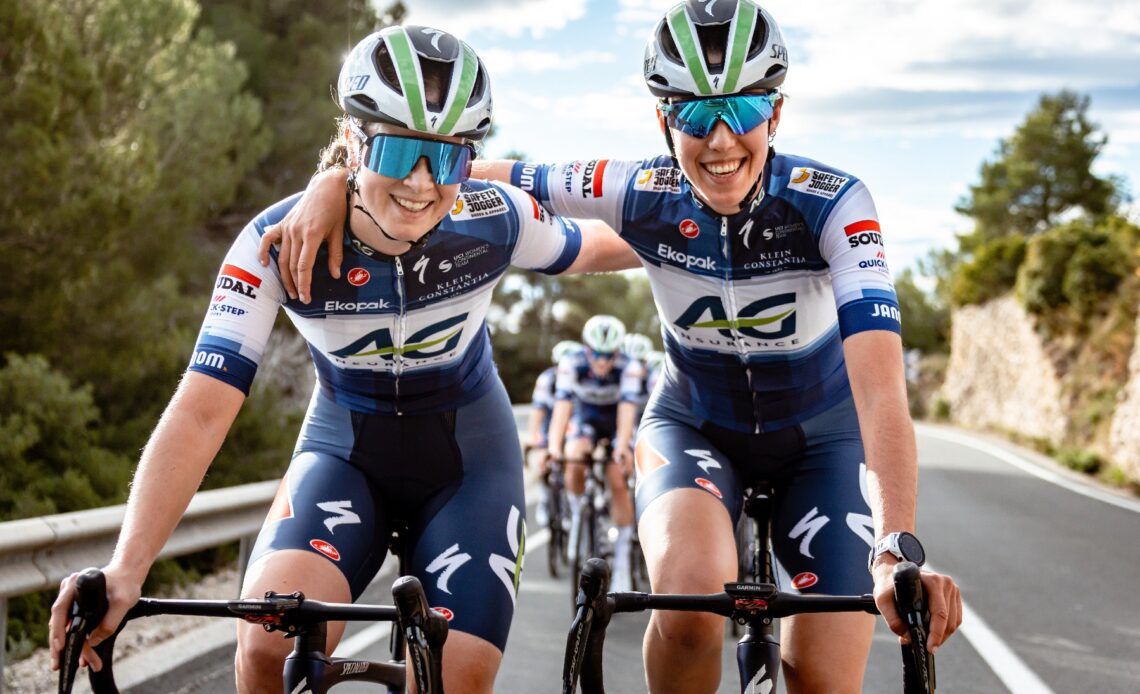 Former Ineos directeur sportif Servais Knaven has been confirmed as the sporting and technical manager of the AG Insurance-Soudal-QuickStep women’s team for 2023.

Knaven’s wife Natascha van Ouden, a four-time Dutch cyclo-cross champion, is already the team manager, while his daughters Britt, Mirre and Senne Knaven are all part of the roster for the next season.

Ashleigh Moolman Pasio is the team’s marquee signing for 2023, joining from SD Worx, while the recently retired Jolien D’Hoore will be a directeur sportif.

The Dutch-registered team was founded as a development squad in 2019, while AG Insurance came on board as title sponsor last year following the beginning of a collaboration with QuickStep manager Patrick Lefevere.

For 2023, the women’s team will now share backers with Lefevere’s men’s squad, with Soudal and QuickStep signing on as sub-sponsors. AG Insurance-Soudal QuickStep recently missed out on a place in the UCI Women’s WorldTour for next season.

“All the parties who are putting their shoulders to the wheel of our women’s team have been active in cycling for several years, so they are familiar with the ins and outs of the cycling world,” Lefevere said.

“It’s a factor that is obviously extremely important if you want to build something together.”

Servais Knaven raced for Lefevere for six seasons at Domo and QuickStep, winning Paris-Roubaix as part of a clean sweep of the podium in 2001. Following his retirement, the Dutchman spent twelve years in the team car at Team Sky and Ineos, where he was the team’s lead directeur sportif in the cobbled Classics.

Knaven and fellow directeurs sportifs Gabriel Rasch and Brett Lancaster left Ineos this winter during an overhaul of the team’s staff. Ineos recently announced that Ian Stannard would join as a directeur sportif for 2023, while Dutch coach Dajo Sanders arrives from DSM.