Simon Geschke: The most under the radar rider of the year? 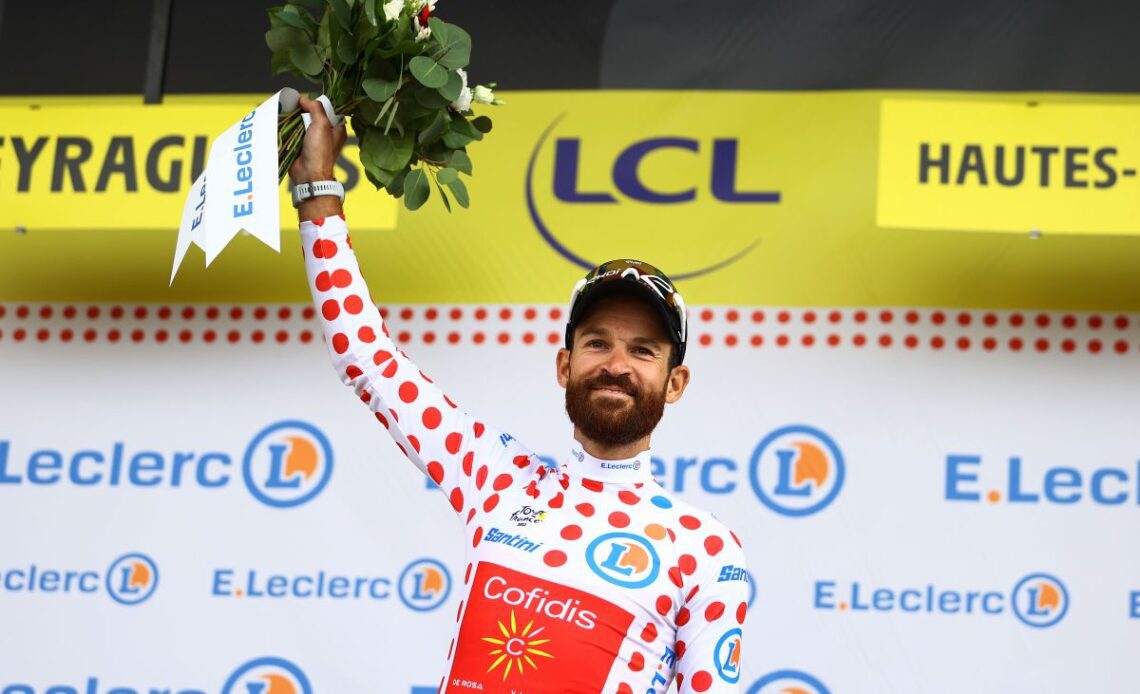 It is all too easy to focus on the serial winners and the top of the rankings when looking back over a cycling season, your mind immediately casts back to moments like Tom Pidcock on Alpe d’Huez, or Elisa Longo Borghini on the cobbles of Roubaix.

As a result, one often ends up overlooking those who have had genuinely great years, possibly overachieved or reached their best, but just didn’t pass the threshold of what we deem as the true elite.

For every Tadej Pogačar, there’s a Simon Geschke.

The German rider, who is in the second year of his contract with Cofidis, is known largely for having a great beard, being a vegan, and liking rock music, but also had a stellar 2022.

He kicked it off slowly, being a loyal domestique to his starrier teammates like Ion Izagirre and Guillaume Martin, supporting the former to second at Itzulia Basque Country, before seizing his chance at the Tour de Romandie at the end of April, finishing third overall on general classification. His season almost got one step better at the Tour de France, where he was the man with the King of the Mountains jersey for the longest, and the final challenger to Jonas Vingegaard, the eventual winner.

“It was a very good year for me, especially the season up until the Tour,” the 36-year-old modestly says. “There are always up and downs, but I was really happy with my shape from Pais Vasco to the Tour of Romandie, where I was supposed to be a helper but I could do a job there. At Romandie I got a result myself, which was really good for me and the team.

“We were chasing WorldTour points all year, so that was good. At the Tour I was in the same shape again, and it was fantastic for me. I didn’t win anything, but the Tour I rode was so good. I was disappointed to not win the mountains classification, but in the end I went home and I was satisfied with that.”

One supposes this is the life of a professional rider, having to be satisfied with a near miss which could be the biggest event of a career. Still, the visibility in the polka dots was important for Geschke, as was the confidence he gained from the performance.

“I had been eyeing the mountains jersey for a long time because to be honest it is the most realistic goal, for me to do something at the Tour,” he explains. “Sure, stage wins are a possibility out of breakaways, but this is the next goal. Things like that or the combativity award.

“I don’t go in breakaways just for TV exposure, I wanted to do something at the…