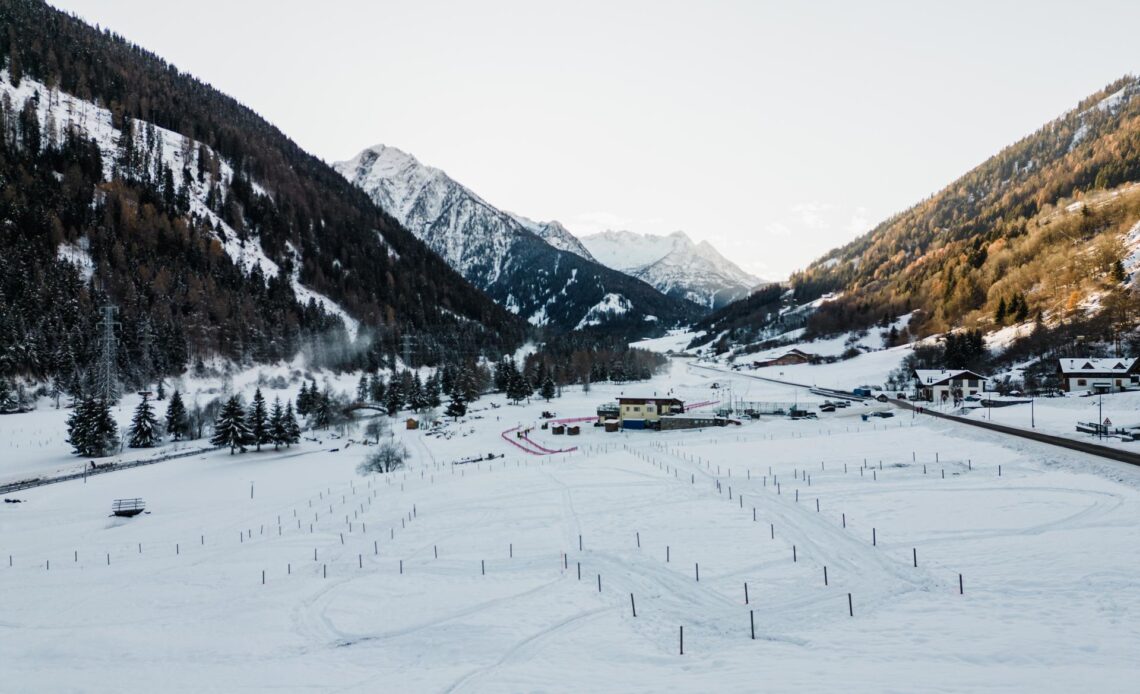 The Italian mountains are covered in fresh snow, the updated course is ready and Mathieu van der Poel, Fem van Empel and Puck Pieterse are on the start lists. Everything is ready for the Val di Sole snow race of the UCI Cyclocross World Cup series.

The event was first held last year as the World Cup expanded beyond its Belgian heartland and tried to convince the International Olympic Committee that the discipline deserved a place in the Olympic Winter Games.

This year, the Val di Sole races form the 10th round of the UCI Cyclocross World Cup. The men’s and women’s elite races will be held on Sunday, December 17 around the Vermiglio cross-country skiing centre, at an altitude of 1,261 metres at the foot of the Passo del Tonale that divides the Trentino and Lombardia regions.

Race organisers have shared spectacular images of snowy peaks and deep snow on the course.

“The snow is there, and now the cold too,” local organiser Sergio Battistini said, with forecasts expecting a high of 1C for Sunday afternoon.

More snow is forecast before Sunday and so snow ploughs usually used for skiing resorts will be out in force to make the course suitable for cyclocross racing. Due to early sunset times, the women’s race will start at 1:00 p.m. (CET) and the men’s race at 2:30 p.m. (CET), slightly earlier than usual.

“At this stage, it is crucial to manage the snowpack to ensure that athletes can ride smoothly and with ideal conditions. Especially the downhill sections will have to be well groomed to make the snow hard, reducing the surface layer on the curves and flat sections,” Battistini said.

The twisting course in the Val di Sole valley has been tweaked after lessons learnt in 2021.

“Compared to last year, we have created two snow hills that the athletes will have to ride over. In addition, the loop will ride closer to the forest, but the elevation gain is pretty much unchanged. The result is an even more challenging route, one for the specialists,” Battistini suggested.

“To tame this course, you need legs, lungs, and lots of power. When it’s hard, the snow is smooth, but where it gets softer it is like riding on sand, and it poses a much steeper challenge to the athletes.

“We are working to deliver a great show, and we hope that the warmth of the public will provide the perfect frame for a great sporting event.”