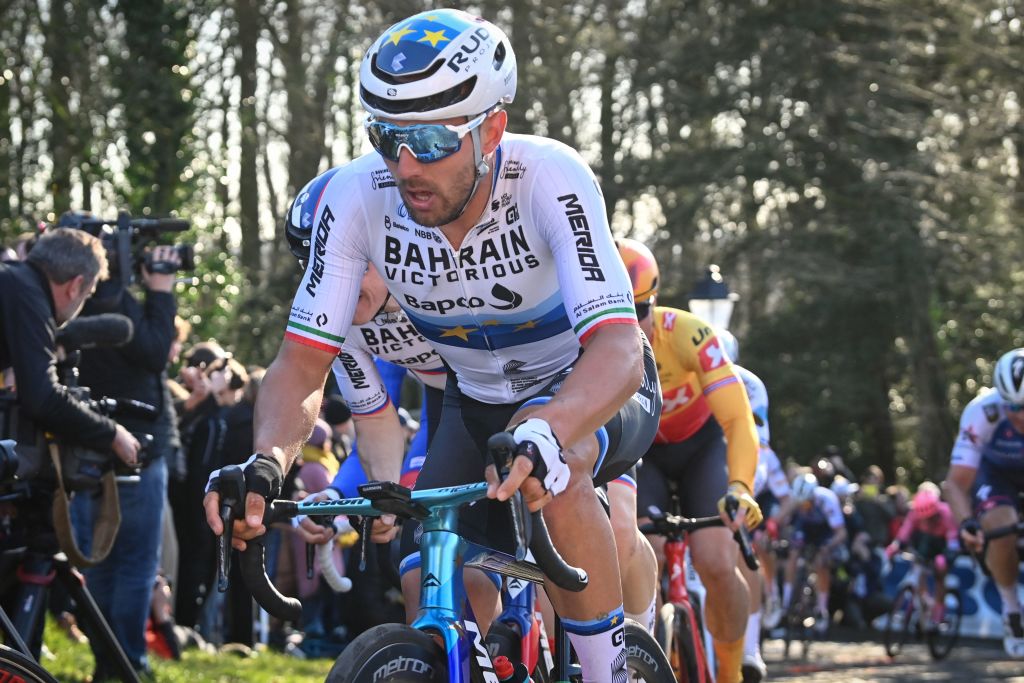 Sonny Colbrelli has decided to stand in regional elections in northern Italy with Silvio Berlusconi’s Forza Italia party after cardiac problems put an end to his professional racing career in 2022.

The former Bahrain Victorious rider and Paris-Roubaix winner has been named as a local representative candidate for the regional elections in the Lombardia region that includes Milan and Colbrelli’s hometown area of Valle Sabbia near Brescia.

Colbrelli is one of ten Forza Italia local candidates or so-called ‘ rappresentanti del territorio’ and his chances of election remain slim, with just one or two set to be elected for his area.

The three current representatives will also stand again, with one reportedly nominating Colbrelli, perhaps in a move to garner consensus. Colbrelli could ultimately decide to stand aside close to the February election date and throw his support to another candidate.

Colbrelli has a technical and ambassador role at the Bahrain Victorious team as he begins life as a former rider after suffering an unstable cardiac arrhythmia in the spring.

He was fitted with a subcutaneous defibrillator after suffering a sudden unstable cardiac arrhythmia at the Volta a Catalunya in March. The device will stabilise his heartbeat in the case of another arrhythmia but means he can no longer race.

Lombardia and Brescia are largely ruled by Italy’s right-wing, with Forza Italia and the Northern League parties recently winning national elections after joining forces with the Brothers of Italy nationalist party.

Colbrelli reportedly said he was “a fan of Berlusconi’ despite the 86-year-old being found guilty of tax fraud and being embroiled in multiple scandals.

In 2014 Colbrelli posted a comment on Facebook suggesting that former fascist dictator Mussolini was needed to deal with an influx of immigrants in Italy. He later deleted the post saying he regretted it and denied it had political or racial connotations.