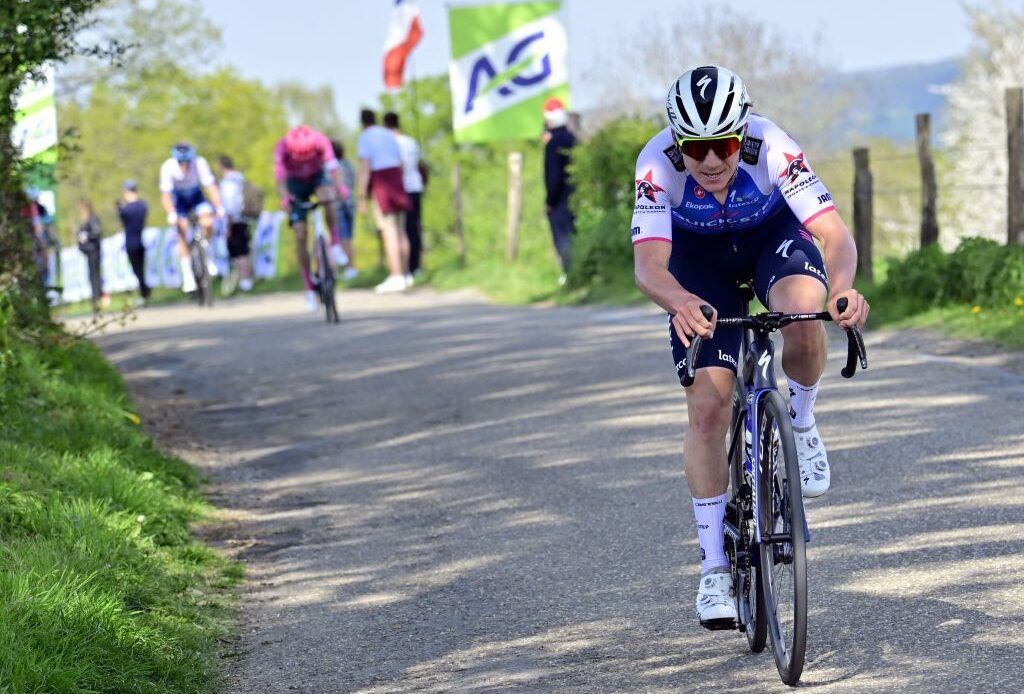 Professional cycling’s association with television streaming will intensify in 2023, with Soudal-QuickStep set to release a docuseries on Amazon Prime.

After the success of Movistar’s ‘Least Expected Day’, now three seasons deep, and the highly-anticipated Netflix Tour de France docuseries, Soudal-QuickStep are getting in on the act with a behind-the-scenes look at their 2022 campaign.

The series was confirmed at a team presentation at the Plopsaland theme park in De Panne, Belgium on Friday. A release date has yet to be announced but it will hit screens sometime in 2023.

“We’ve been with the team since January, always, all the time – at races, the days before the race, after the race, training camps, meetings, crisis meetings, at home with the riders,” said the head of the production company involved in the series. “Some riders must have thought ‘not them again’, but I think we’ve got everything of the past season.”

Long-standing team boss Patrick Lefevere added, “It’s hard for riders to have the whole year cameras on your back. Only when they get into bed at night, they are not there.

“I tried to say to the boys, ‘Listen, it will be tough for you but if one day you’re older and you have kids and grandkids, you can be proud, and say ‘this is what I did in 2022’.”

An extended clip from the series was shown on screen in the Plopsaland theatre, taken from an episode that centres on the 2022 Liège-Bastogne-Liège, perhaps the most dramatic point of the team’s season.

The team had just endured a horrific Flemish Classics campaign, decimated by illness and bad form, culminating in their worst Tour of Flanders result in years. Onto Liège, and Remco Evenepoel saves the spring with a solo exhibition to win his first Monument, but not before a horror crash for then world champion Julian Alaphilippe.

“Everyone thinks we cannot win anymore, let’s surprise them,” Lefevere is seen saying to his riders in a pre-race briefing.

The episode then delves into the effects of Alaphilippe’s crash, with tears from a team doctor and revelations from the directeurs sportifs that they had to hide any information from the riders, saying “They can’t be worrying about what state Julian is in.”

The dramatic music ramps up when Evenepoel makes his stinging race-winning attack, with Tim Declercq, already having abandoned the race, a bag of nerves on the finish line. Evenepoel crosses the…