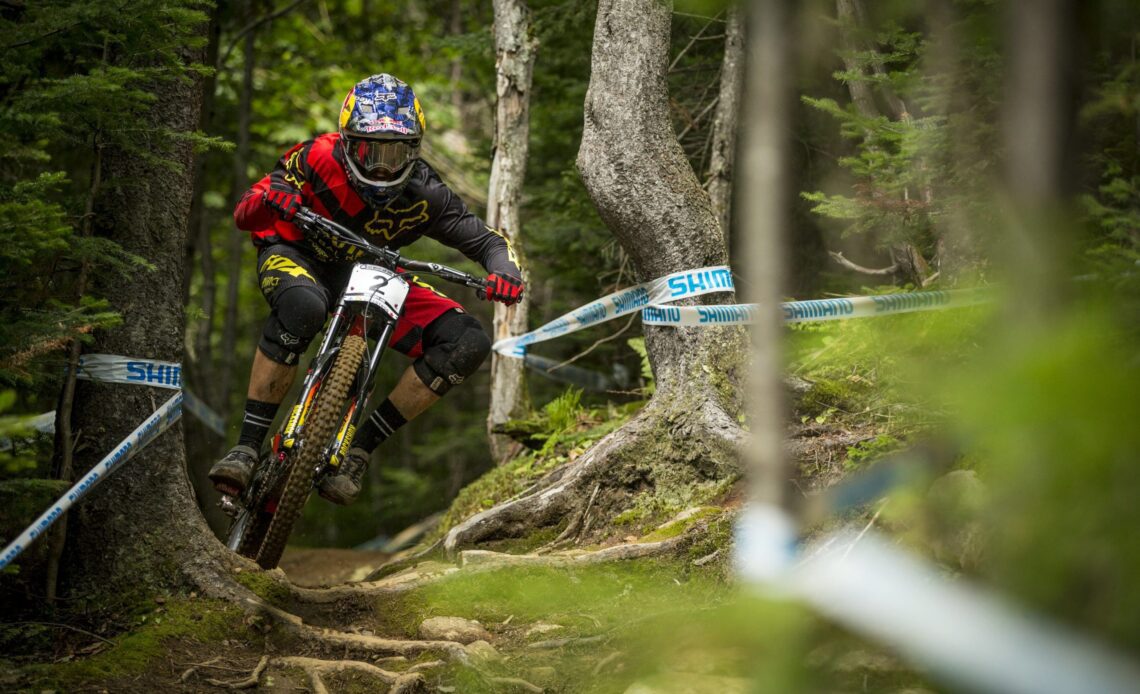 Crankworx – and the Enduro World Series – are back in Whistler for the first time since 2019. To mark the big day, Whistler Bike Park is kicking off the week with the opening of a long-awaited new trail. The 1199 track, in honour of Steve Smith, will be the centerpiece of the Crankworx EWS course.

When the EWS course was annoucned on Saturday, it was a surprise not to see Top of the World, the iconnic summit-to-village epic stage, on the course map. In it’s place, 1199 kicks off the weekend’s special Pro Stage.

1199 was originally announced in 2018 as a tribute to iconic late-Canadian downhill raceer Steve Smith. It was originally intended to bring a proper, international-level downhill track to Whistler Bike Park. The name, 1199, comes from Smith’s winning points tally from his 2013 World Cup overall title. Since the announcement, WBP has been mostly mum about the trails developemnt.

Now, 1199 is teh centerpiece of the Enduro World Series stop in Whistler. The Pro Stage, Stage 5, wil start on 1199 before rolling into Duffman, World Cup Single Track, Ho Chi Min, Longhorn and, finally, Monkey Hands to finish in Whistler Villiage. 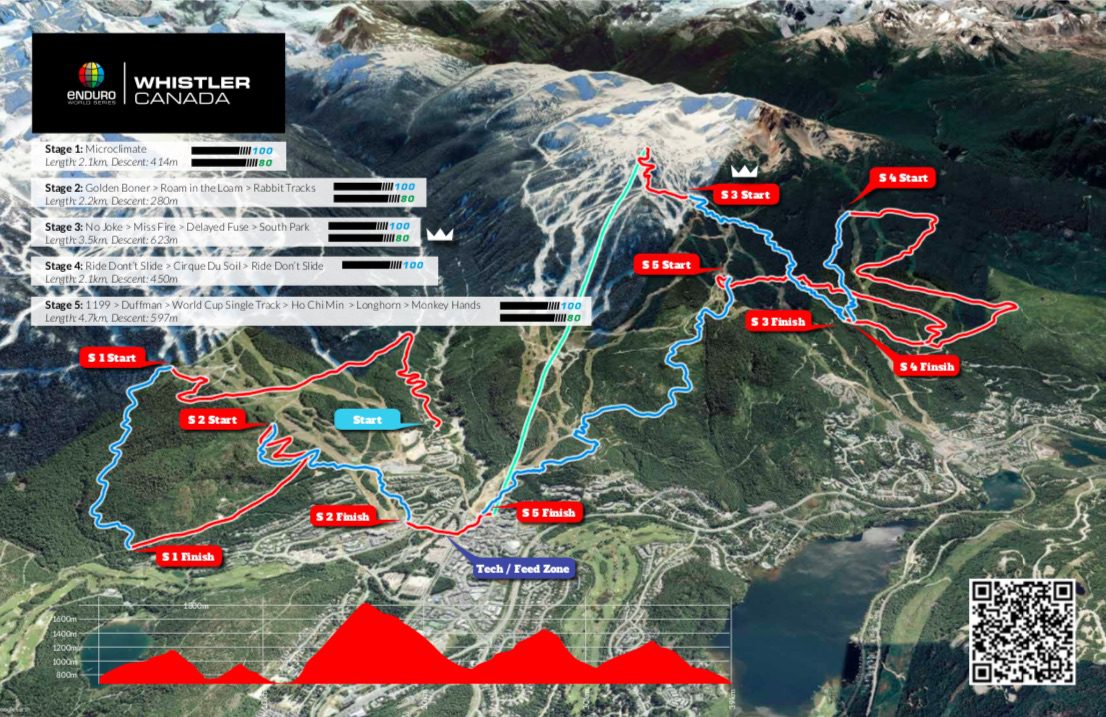 The 2022 Whistler EWS will range from Blackcomb singletrack to WBP favourites. Stage 1, Microclimate, and Stage 2, Golden Boner, are both in the pedal-accessed Blackcomb network. Raw, technical stingletrack to get the body working hard early in the day.

Stage three moves over into the bike park with a big lift bump up to the day’s highest point. Riders drop into No Joke, Miss Fire, Delayed Fuse and South Park, the weekend’s Queen Stage worth bonus points. After a pedal back up, it’s Ride Don’t Slide, Cirque Du Soil and bacak into Ride Don’t Slide for more tech. Finally, the 1199 start for Stage 5 to finish off the weekend.

You can check out the full course on Trailforks.