Sweeck, Vanthourenhout in a tiff over Belgian cyclocross championships 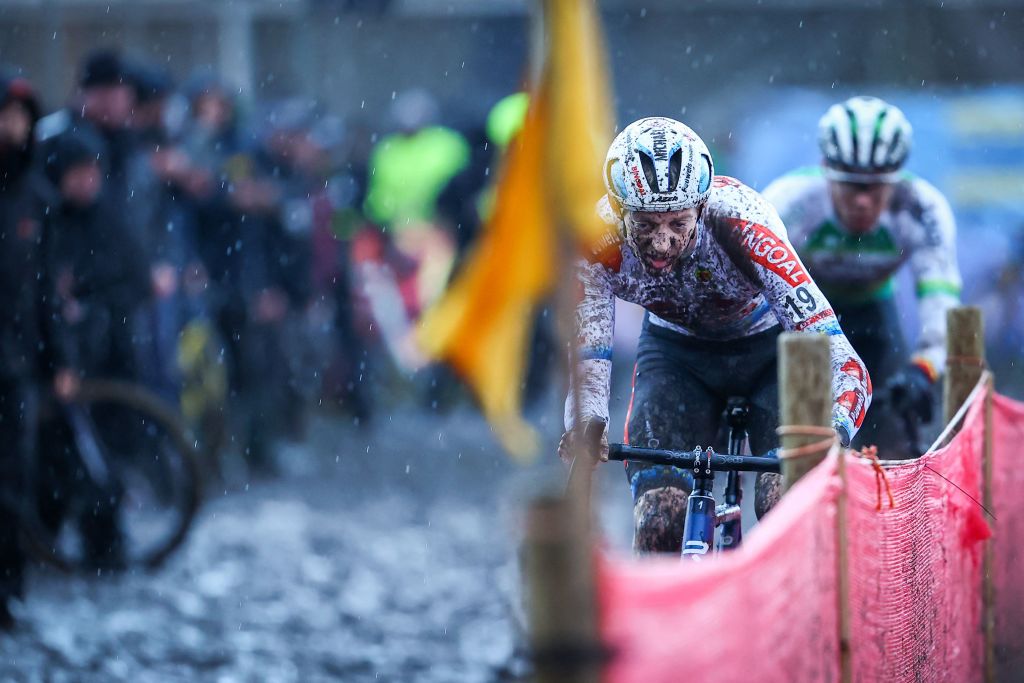 Two days after the Belgian Cyclocross National Championships, the media in the country is still abuzz over a conflict between race winner Michael Vanthourenhout and runner-up Laurens Sweeck, who claims his race was ruined by what he believes was an intentional move to delay him during a bike swap.

The controversy began in the hotly contested championships in Lokeren, where Sweeck and Vanthourenhout separated themselves from the rest of the contenders on the first lap and were closely matched. On the second to last lap, Sweeck came out of the pits a few seconds behind and, after the race, said he felt robbed by the incident.

“The mechanics didn’t stand where they were supposed to and deliberately hindered me,” Sweeck said according to Het Nieuwsbad, still steaming in Otegem. “But nobody will have the balls to reverse it anymore. I shouldn’t get a jersey like that either, that’s not the point. But it’s OK to say what happened.”

Vanthourenhout’s team manager Jurgen wants the discussion to end. “We were effectively in our assigned box: number 4. There was an involuntary and unconscious collision, but it certainly did not determine the race. In the last lap, Michael Vanthourenhout was the strongest.

“Michael joined our team in 2014. He’s a late bloomer. He is now 29 years old and is certainly not at the top of his abilities. He has made great strides in the last two years. He is the European champion and is now also the Belgian champion. I say to that: Michael Vanthourenhout is the man of the season.”

Sweeck exacted his revenge by taking the victory in Otegem while Vanthourenhout was well back in ninth. After the race, Mettepenningen posted a video showing Sweeck doing a pirouette in front of Vanthourenhout’s mechanics in the pits side-by-side with another video from the Diegem Superprestige three weeks ago where Sweeck dismounted in between the barriers and swung his bike into the path of Vanthourenhout, causing the European champion to crash.

Vanthourenhout also accused Sweeck of closing him down in a turn and forcing an unplanned entry into the pits where his team were not ready to do a bike change, delaying him somewhat.

Sweeck protested his innocence, saying he came out of the turn too fast and narrowly avoided entering the pit lane, too. “But I think Michael had no choice but to ride in. It wasn’t anything more. Was his bike not ready? Then his mechanics were at fault again.”

Interpersonal drama is sure to be a hot topic for weeks if not years to come. The…