The hardest climbs of the Vuelta a España 2023? Tourmalet, Angliru, Cruz de Linares 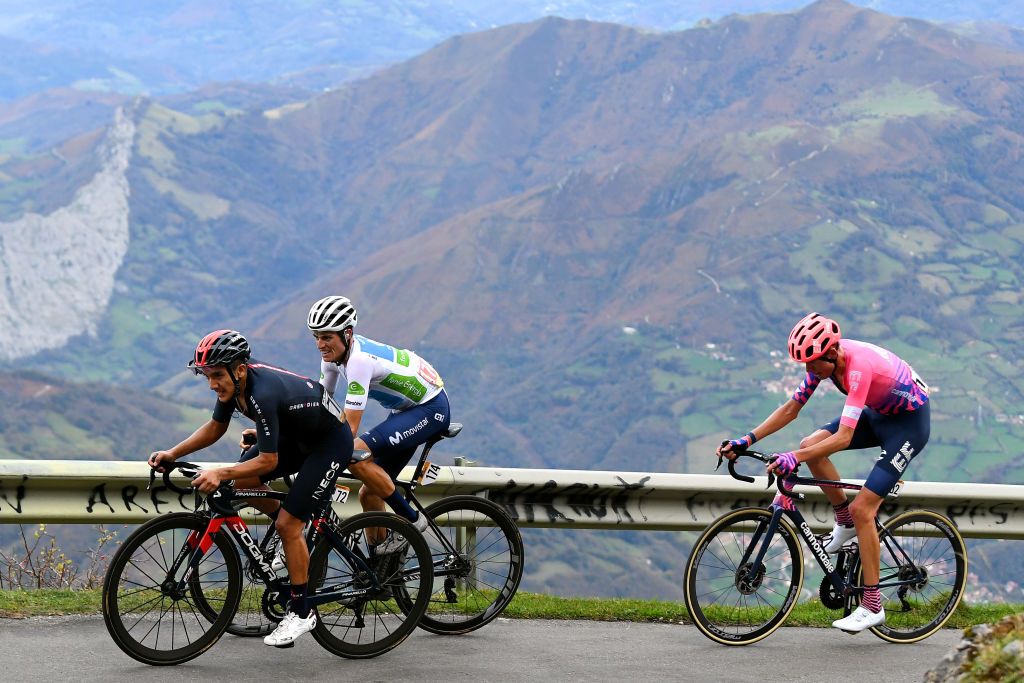 With no less than 10 summit finishes, this year’s Vuelta a España is a climber’s dream. Not all of these are high mountains but nearly all are around or well above the 1,000m altitude mark – tough climbs. Some are tougher than others though, the climbs that the riders (GC pretenders or not) are likely to sleep just a little more fitfully the night before. These are the places where the race will be affected, even decided.

Making its first ever appearance in the Spanish tour, this Pyreneen beast is a Tour de France mainstay that has seen many exhilarating battles between the top riders. It became the first ever big mountain climb to feature in a Grand Tour back in 1910, when Tour founder Henri Desgrange sent riders up on unmade roads and first man over, Octave Lapize spat ‘assassins’ at the officials waiting at the top.

Stage 13 of this year’s Vuelta takes place largely over the border in France. A relentlessly up-and-down affair, it softens riders’ legs by way of the Col d’Aubisque (HC) and Spandelles (1st cat) before reaching the slopes of the Tourmalet. It’s not long, but with over 4,000m of climbing packed into 134km, it’s brutal.

The riders approach the mountain from Luz St Sauveur in the west, and face 19km (11.8 miles) of climbing at an average 7.4%. It ramps up significantly in the final three kilometres, which are all above 10 per cent and will provide a fearsome finale for tired legs.

The last rider to win here in a Grand Tour

The holder of the Strava KoM is none other than Thibaut Pinot in a stonking 48.03, set during the 2019 Tour de France. That was the last time it appeared as a summit finish in a Grand Tour, and Pinot won the stage too.

This Asturian beast has been called the hardest climb in pro cycling, and not without reason. It’s most famous for its super-steed gradients, which peak at 24% – no wonder Grand Tour riders were using compact chainsets and outsized sprockets as far back as 2008, when such things were rare on consumer road bikes and Alberto Contador’s won on the climb using a reputed 34×28 gear.

Starting from the village of La Vega, the Angliru climbs 12.9km (8.2 miles) at an eye-watering average 9.3%. It begins in a comparatively leisurely manner, with the first five kilometres averaging…