The incredible lightness of being Peter Sagan: From Issue 116 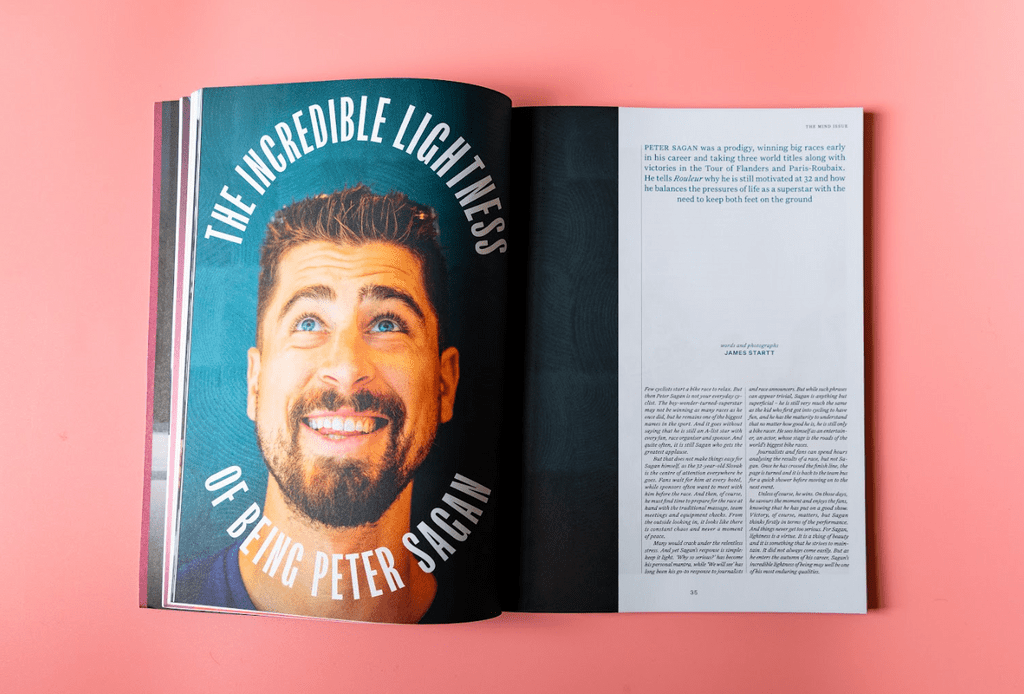 Peter Sagan was a prodigy, winning big races early in his career and taking three world titles along with victories in the Tour of Flanders and Paris-Roubaix. He tells Rouleur why he is still motivated at 32

This is an abridged version of an article originally published in Issue 116 of Rouleur. Subscribe today to read in full and support our journalism.

Few cyclists start a bike race to relax. But then Peter Sagan is not your everyday cyclist. The boy-wonder-turned-superstar may not be winning as many races as he once did, but he remains one of the biggest names in the sport. And it goes without saying that he is still an A-list star with every fan, race organiser and sponsor. And quite often, it is still Sagan who gets the greatest applause.

But that does not make things easy for Sagan himself, as the 32-year-old Slovak is the centre of attention everywhere he goes. Fans wait for him at every hotel, while sponsors often want to meet with him before the race. And then, of course, he must find time to prepare for the race at hand with the traditional massage, team meetings and equipment checks. From the outside looking in, it looks like there is constant chaos and never a moment of peace.

Many would crack under the relentless stress. And yet Sagan’s response is simple: keep it light. ‘Why so serious?’ has become his personal mantra, while ‘We will see’ has long been his go-to response to journalists and race announcers. But while such phrases can appear trivial, Sagan is anything but superficial – he is still very much the same as the kid who first got into cycling to have fun, and he has the maturity to understand that no matter how good he is, he is still only a bike racer.

He sees himself as an entertainer, an actor, whose stage is the roads of the  world’s biggest bike races. Journalists and fans can spend hours analysing the results of a race, but not Sagan. Once he has crossed the finish line, the page is turned and it is back to the team bus for a quick shower before moving on to the next event. Unless of course, he wins. On those days, he savours the moment and enjoys the fans, knowing that he has put on a good show. Victory, of course, matters, but Sagan thinks firstly in terms of the performance. And things never get too serious. For Sagan, lightness is a virtue. It is a…