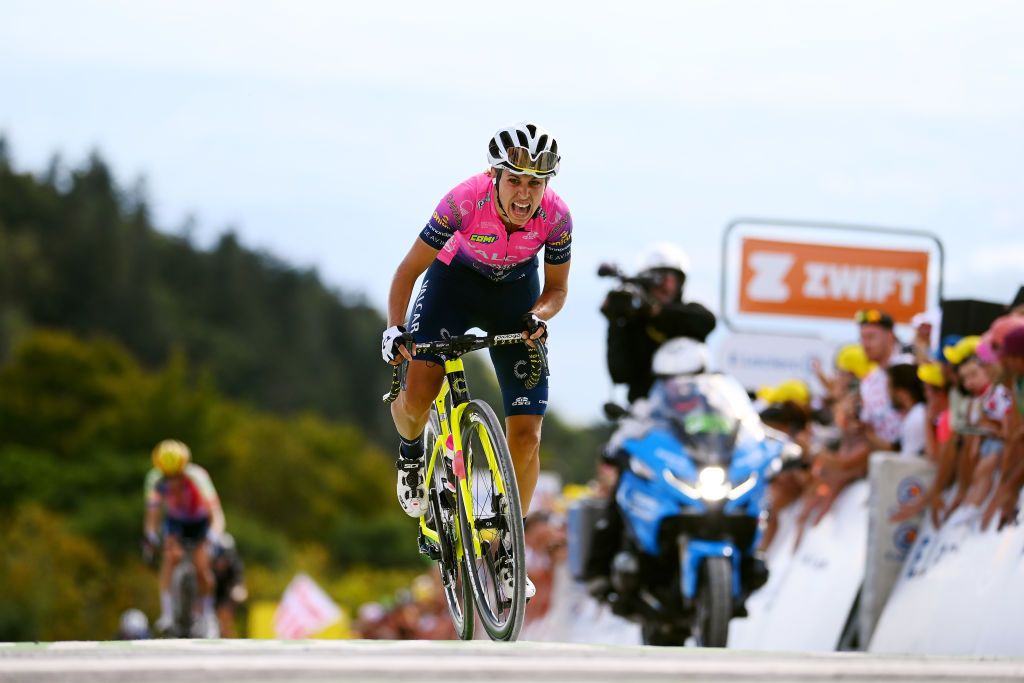 Silvia Persico’s jump from the successful development team Valcar Travel & Service to UAE Team ADQ was an inevitable move after her outstanding performance as the revelation of the Tour de France Femmes avec Zwift.

The 25-year-old brings an impressive range of strength in the sprints and mountains as she takes the next step in her career with a leadership role on the Women’s WorldTour.

Perisco turned heads when she secured the bronze medal at the 2022 UCI Cyclo-cross World Championships and then went on to finish in the top 10 at Strade Bianche, Trofeo Alfredo Binda, Gent-Wevelgem, and third overall at Ceratizit Festival Elsy Jacobs, seventh overall at Vuelta a Burgos, RideLondon, and Giro d’Italia Donne.

At the Tour de France Femmes, she finished seven of the eight stages inside the top 10  – although relegated for dangerous sprinting on stage 6 – and was fifth overall, a performance that she said secured her a three-year contract on a WorldTour team that will take her through 2025.

The team has lost seven riders, including heavy-hitter Mavi Garcia, who transferred to Liv Racing TeqFind. But within the fluctuations of the transfer market, the team has gained eight new riders: Chiara Consonni, Eleonora Camilla Gasparrini, Olivia Baril, and Karolina Kumiega, all from Valcar Travel & Service, along with powerful climbers Alena Amialiusik and Mikayla Harvey, both from Canyon-SRAM, and Elizabeth Holden from Le Col-Wahoo.

In the mountains, Persico has proven herself a contender finishing sixth on stage 7 at Le Markstein and third on stage 8 atop La Super Planche des Belles Filles, and together with Amialiusik, Harvey, Magnaldi, Holden and…