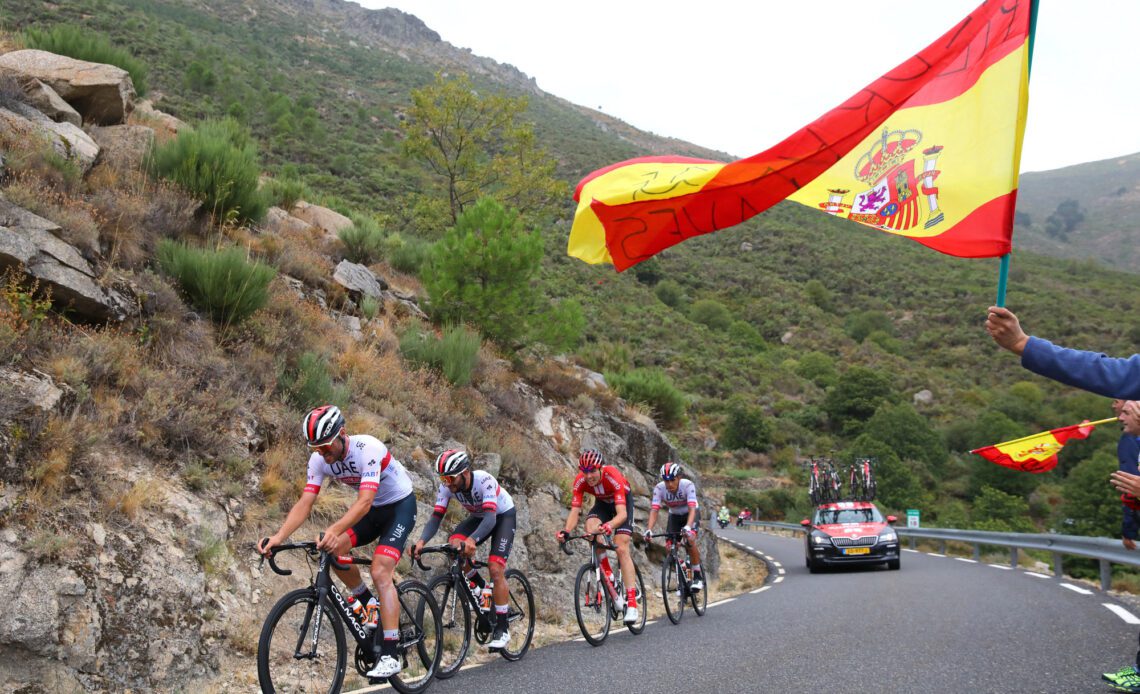 The Vuelta a España 2023 is set to publish its route on Tuesday, with speculation that it will feature an ultra-difficult third week, eight summit finishes and a return to the Angliru, Spain’s single toughest climb.

The last of the Grand Tours to publish its route each year, the outline of the 2023 Vuelta will finally be unveiled on Tuesday evening in a special presentation inside Barcelona’s Palau de la Musica.

With such a lengthy build-up, there has been ample time for rumours to gather about an ascent of the Tourmalet, multiple stages in the Picos de Europa in northern Spain and a final showdown in the sierras of Guadarrama an hour’s drive northwest of Madrid.

But the only definitive stages, for now, are a team time trial kicking off the race in Barcelona on Saturday August 26th; a stage ending with a short, punchy uphill finish in the Montjuic Park in the Catalan capital the following day; and stage 3 taking the race into Andorra for a first brief incursion into the mountains on the first Monday. It also seems certain that the 2023 Vuelta is set to finish in Madrid, on Sunday September 17th.

Having briefly visited Andorra, the first leg of the Vuelta will see the race then loop back south towards the less challenging climbs of the region of Valencia. Although technically not a summit finish, stage 8 over the steep, narrow ‘wall of Cati’ in the province of Alicante and the short breakneck descent that follows to the line will likely be one of the main challenges of the first week.

However, rumours that the race will tackle the Miserat, an exceptionally hard and unprecedented summit finish in the same area are yet to be confirmed, with other sources claiming that instead of the Miserat, there may be a much easier stage on Sunday in Murcia to round off the first week.

The second week is all but certain to open with a medium-length individual time trial in Valladolid in northern Spain before heading east. Three summit finishes are expected, the first on stage 12 to Laguna Negra, a climb often used to decide the Vuelta a Burgos. A second in France on one of cycling’s best-known monster ascents, the Tourmalet has already been widely published, but much less is known about the third mountain stage, except that it will end, in all probability, at the ski station of Belagua.

Hard though it is to imagine, all of these climbing challenges could be overshadowed by the scale of what the Vuelta peloton may face in the third week of 2023.

In a far harder…