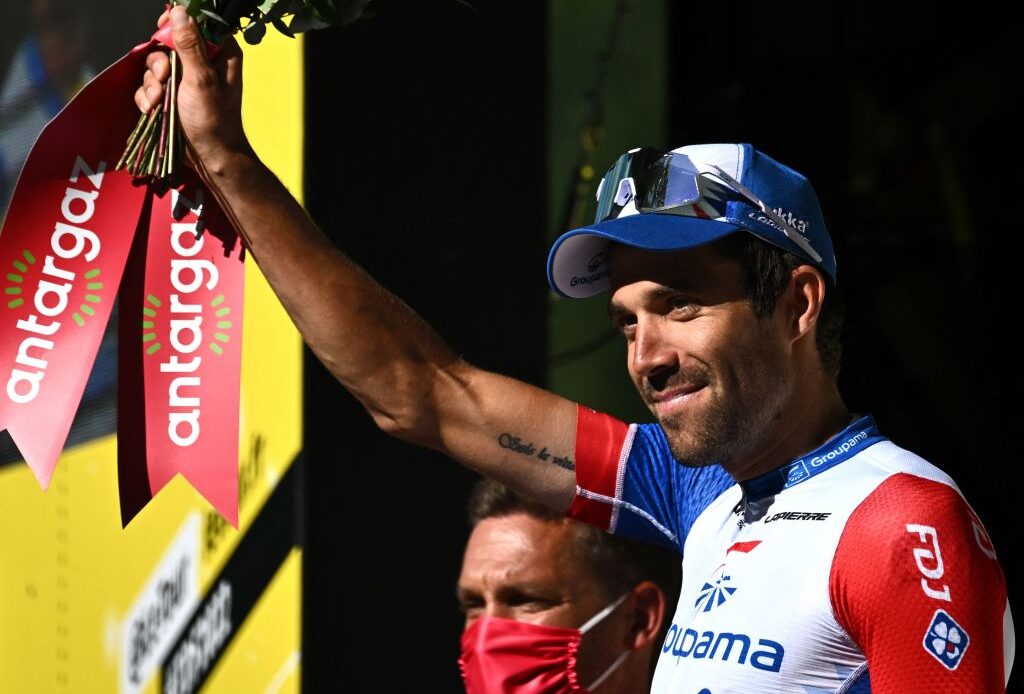 Just a few days after announcing his retirement at the end of the 2023 season, Thibaut Pinot has backtracked slightly and left the door to 2024 ajar.

The Frenchman has suggested that if he were to become the French national road race champion this summer, he could be tempted into racing for an extra half a season.

That’s because he’d have the blue, white, and red French champion’s jersey, worn by the national champion for a calendar year once crowned at the end of June.

“I’ve made a bet with some of the guys in the team,” Pinot revealed in an interview on RMC Radio. “The only possibility that I continue, for six months, would be being national champion, to wear the jersey for a year.

“That would be the only condition on which I’d maybe continue in 2024.”

Pinot has been a national champion at elite level before, but only in the time trial discipline, triumphing in 2016 during a purple patch against the clock. He abandoned the day before his chance to debut the blue white and red skin suit at that year’s Tour de France, although he did get to race in the national champion’s colours on four occasions in 2017.

The road race jersey, however, clearly means more to Pinot, a stage winner in all three Grand Tours and Monument champion at Il Lombardia.

“Doing a year with the jersey, that’s always been a dream for me,” Pinot said.

The 32-year-old, however, has raced sparingly at nationals, making only four road race appearances during his 13-year career, his best result being 12th in 2016. The French road race has often been held on flat or punchy terrain in recent years without the sort of climbs that would favour Pinot, although fellow climber Warren Barguil won the title in 2019.

This year’s nationals are to be held on the last weekend of June in Normandy in the north of France, away from any mountains and with undulating terrain the likelihood.

“That’s new to me,” he said. “If he could be French champion and end his career on top, I’d sign for that straight away.

“After that, creating a six-month contract, it can be done, but at the moment that’s not what’s happening.”

Pinot is set to retire at the end of a 2023 campaign in which he’ll target the Giro d’Italia, ride a final Tour de France, and bow out at Il Lombardia.