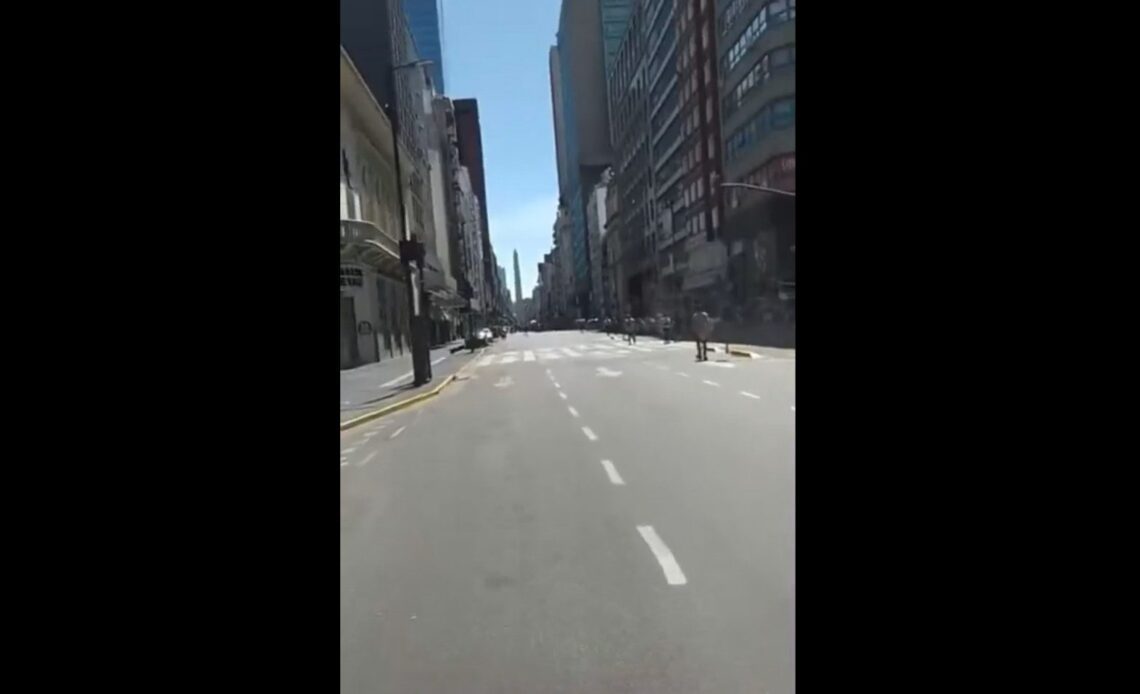 Unless you’re from Jupiter, or perhaps one of those hilarious folks who loves to ask “is there some kind of big sportsbowl event today?”, you know that Argentina won the World Cup, beating France in penalty shoot-outs.

After one of the most thrilling games in history, which saw Argentina’s 2-0 lead quickly reversed in the final minutes of regulation time, the game went down to wire. After extra time was over and the game was still tied, it went to shoot-outs, and the world watched Lionel Messi and his team take a well-fought victory.

Argentina is probably still partying, days later. But in those final moments of the game, everyone in the country was glued to their television.

On Sunday, just minutes before the last shot which would secure the win, a lone cyclist rode through the streets of Buenos Aires. If you want to confirmation that every single Argentinian (save for the rider) was in bars, living rooms and restaurants watching the game, this video is it. And when the ball goes in the net…well, you’ll see.