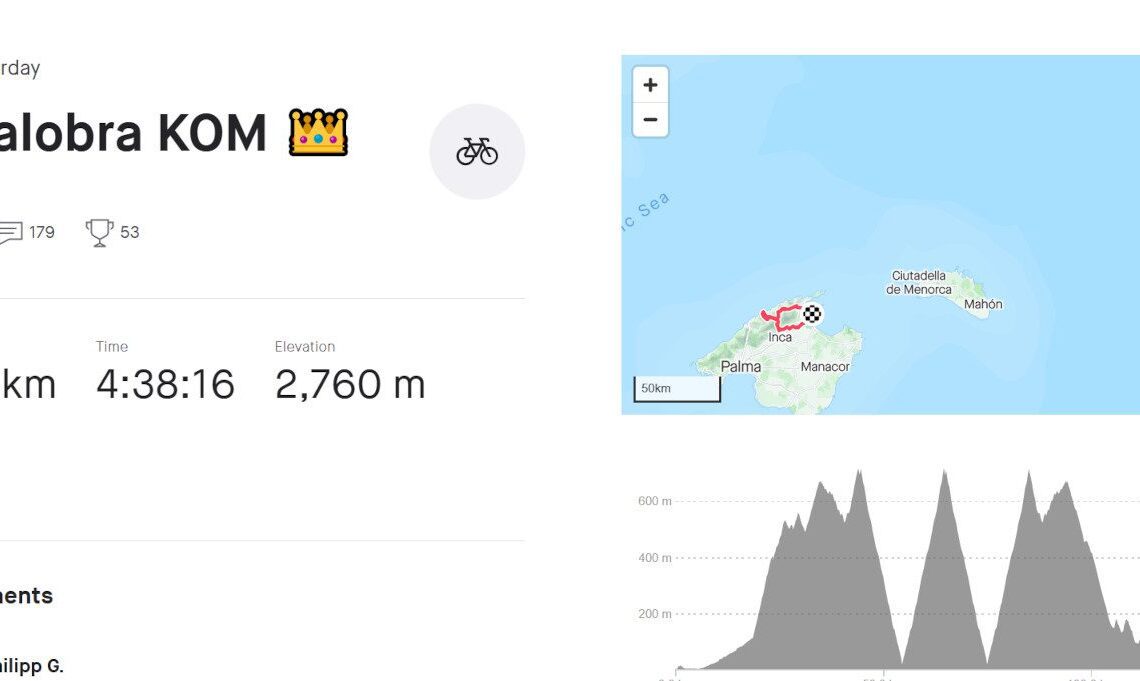 As expected, his numbers are phenomenal. His power was uploaded to Strava: 386 watts for 22 minute, which ends up being 6.7 W/kg.