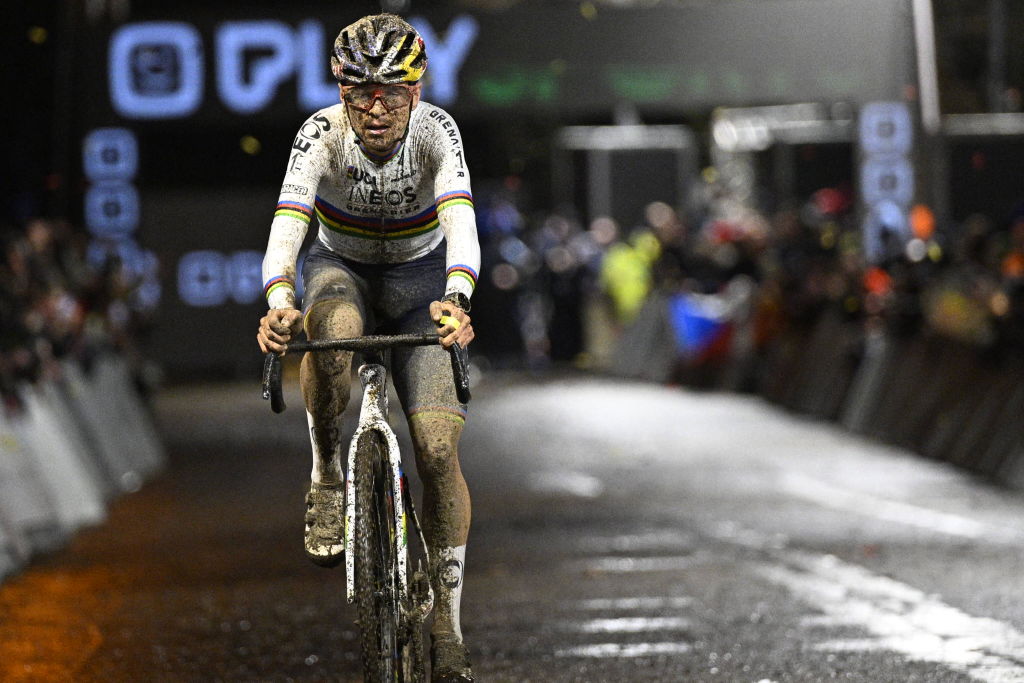 Wout van Aert reckoned the intensity of his battle with Tom Pidcock and Mathieu van der Poel at Superprestige Diegem on Wednesday night was “could not be healthy,” not least because it was their third race in as many days. Pidcock, who placed second to the Belgian, politely disagreed.

“Honestly, I think this was the easiest race of the last three,” Pidcock told Sporza (opens in new tab). “On the climb, we only went full on a few laps. It was a headwind on the climb, so when we were together, we were looking at each other. It’s just a shame I couldn’t pull it off.”

In Diegem late on Wednesday evening – the race was scheduled to avoid a broadcasting clash with Flemish soap opera ‘Thuis’ – the world champion had the look of a man hitting his stride.

The Ineos Grenadiers rider pushed Van Aert all the way to the finish after they distanced Van der Poel as the final lap got underway. Pidcock and Van Aert swapped the lead, but the Briton surrendered his advantage just before the final steps, and he had to settle for second place, six seconds down.

“The last time I went over him, I was a bit complacent,” Pidcock said. “I thought I had the lead into the final stairs, but Wout just came past me on that last bit before the final bridge. At that point, I was never going to beat him. He just ran up the steps and jumped back on his bike before I even looked up.”

Pidcock declared himself satisfied with how he navigated the sand in Diegem, noting that he had chosen his line after watching the women’s race.

“It paid off because I think I rode the sand pretty good today,” said the Briton, who is set to return to action at Friday’s Exact Cross Loenhout before he lines up at X2O Trofee Baal on New Year’s Day.

“We’ll have to see what [coach] Kurt Bogaerts says, maybe I’ll be motor-pacing,” Pidcock said when asked how he would spend a rare rest day on Thursday. “But I’ve got a new sauna, I haven’t even used it yet.”