Tour Down Under Eyewitness: Adelaide readies for the return of WorldTour racing 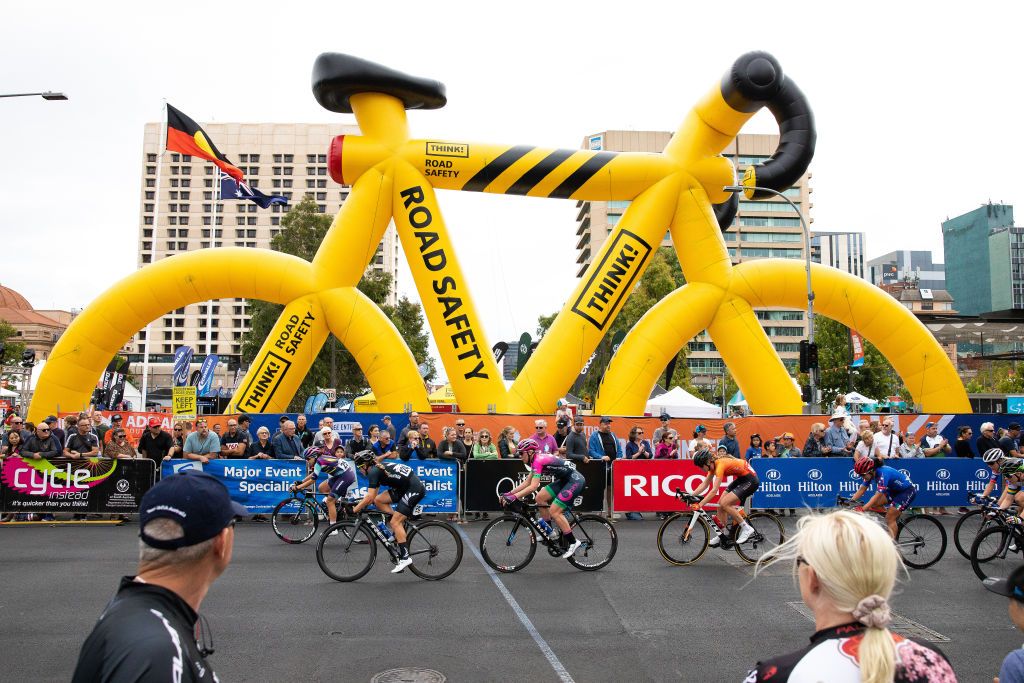 The giant inflatable yellow bike is back in Adelaide’s Victoria Square, the men’s and women’s WorldTour riders have arrived from all over the world and the Australian cycling summer is heating up. It can only mean one thing: the Santos Tour Down Under is ready to roll.

The early-season Australian stage race was last part of the WorldTour back in 2020, before the COVID-19 pandemic emerged and triggered lockdowns all around the world. A national event was held in 2021 and 2022 due to travel restrictions, but Australia is back open for business and it is only right that the Tour Down Under is back on, once again offering a warm-weather start to the cycling season.

“As a season opener the Tour Down Under works really well,” EF Education-EasyPost directeur sportif Tom Southam tells Cyclingnews in the team area after Alberto Bettiol and the other riders in pink returned from a ride.

“We have this week before the race, when all the teams come in, get settled in and ready to race. It doesn’t happen like that in many races but the Tour Down Under has a nice build-up to the season and the race. It also builds the expectation and tension before the race.”

As a WorldTour race, with early-season prestige and a now bigger than ever haul of UCI ranking points up for grabs, the Tour Down Under is an important start to the new season.

“You always want to start well here,” Southam says. “It’s the first big race of the year and it’s a WorldTour race, so everybody is watching. Everyone in Europe is watching, everybody in America is watching, so we always take this race seriously.

“There are a few traditional European teams who come and ease their way into the season and that’s fair enough. But we look at it as an opportunity to get going early and get what results we can.”

The riders are staying in the Hilton hotel overlooking Victoria Square. The hotel lobby is covered in huge posters of former winners, including 2020 men’s winner Richie Porte and women’s winner Ruth Winder. The women’s race is still only half the length of the men’s, but this year it is part of the WorldTour for the first time, and a combined men’s and women’s event seems the perfect way to start the season

Victoria Square has already been turned into a giant Tour Down Under village, with a bike expo, entertainment area and family zone, team zone and even a ‘knock-off’…