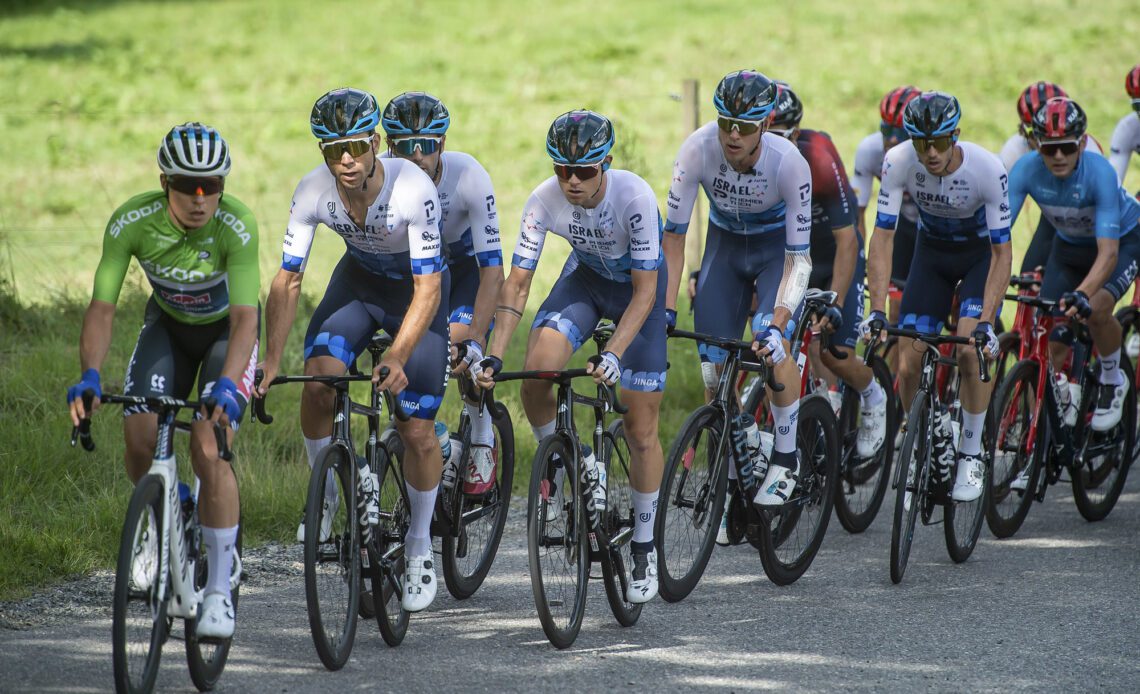 After the controversial WorldTour relegation of 2022, the UCI has amended its ranking system for 2023, as well as handing something of a reprieve to Israel-Premier Tech.

The Israel-Premier Tech team were one of two WorldTour outfits, along with Lotto Soudal, who will drop down to second-division ProTeam status from 2023, with Alpecin-Deceuninck and Arkéa-Samsic replacing them after earning promotion to the sport’s top tier.

The system was based on a three-year ranking, from 2020-2022, but the weighting and allocation of points proved controversial and the governing body has now looked to make the system fairer.

Furthermore, it has looked to assuage Israel-Premier Tech by offering the team guaranteed invites to WorldTour races, with the exception of the three Grand Tours.

The points system proved unpopular with a number of riders and teams, and not only those in the relegation fight. The main area of complaint was the seeming imbalance between points available for the different levels and types of races, with a notable weighting towards one-day races and little on offer for stages within a stage race. For example, a stage win at the Tour de France netted 120 points, while a win in a third tier 1.1 one-day race, such as Heistse Pijl, carried 125 points.

Relegation-threatened teams soon cottoned onto this and changed their strategies to target races that were most lucrative in terms of points rather than prestige, often looking to place multiple riders in the top five as a greater priority than winning with one.

After discussions with teams, the UCI has now changed the system for the next three-year points cycle, from 2023-2025. The governing body has yet to officially add the specifics of the new points scale to its regulations but issued a press release on Friday to outline the changes.

There will be more points on offer at the three Grand Tours, both for final overall results and individual stages. There will also be a separate category and increased importance for the five Monument one-day races: Milan-SanRemo, Tour of Flanders, Paris-Roubaix, Liège-Bastogne-Liège, and Il Lombardia.