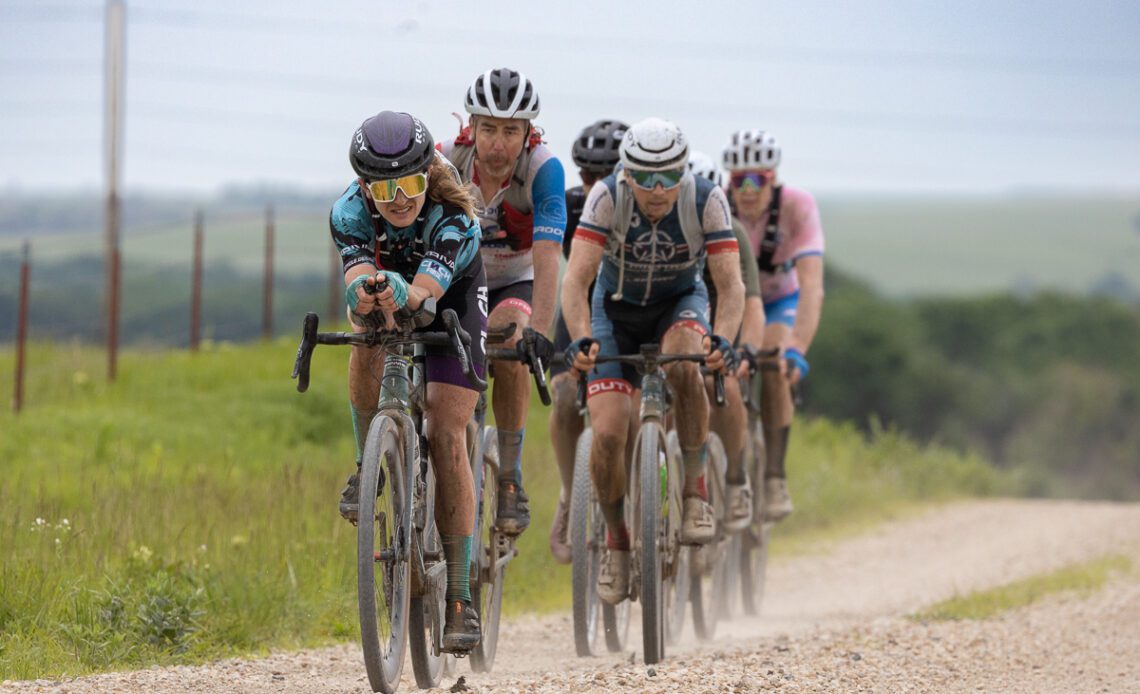 Aerobars or bar extensions will no longer be permitted for competitors in the elite field, while the elite men and women riders will now have separate, earlier starts from the mass of amateur riders.

“The pro riders will not be allowed to use aerobars,” was the simple exclamation made Tuesday by Kristi Mohn, Unbound Marketing Manager, speaking to past Unbound 200 men’s champion Ian Boswell on his podcast, Breakfast with Boz.

“The emphasis is on the journey-person athlete. That’s the spirit of gravel.”

In a written statement to media, organisers listed reasons for making the new rule changes for the Unbound Gravel 200 event, which has escalated in attention and prestige as one of the seven pro events in the Life Time Grand Prix off-road series.

Rather than 4,000-plus riders surging down the main street of Emporia, Kansas for the start this year, the elite men will start first, followed two minutes later by the elite women.

Then after eight more minutes the amateur riders will start.

“The changes really affect the front end of the race. There are a handful of little things that will affect the main field,” Seymour said on the podcast.

“We took some rules out of the Unbound rule book that really hadn’t been enforced. Why have a rule if you don’t enforce it?”

In addition, organisers said they would “vet” the elite field for the 200-mile race and “reserve the right to reach out and ask them for credentials to start in this field”.

Both new regulations were confirmed to address safety issues.

“For the first time in the history of Unbound, there will be wave starts for the 200. At this point we are planning on having three waves,” Kimo Seymour, president of Life Time Events which owns and operates Unbound Gravel, said on the podcast.

“For years we’ve thought about banning aerobars for all participants. The thought process here was that the amateurs are out there a…