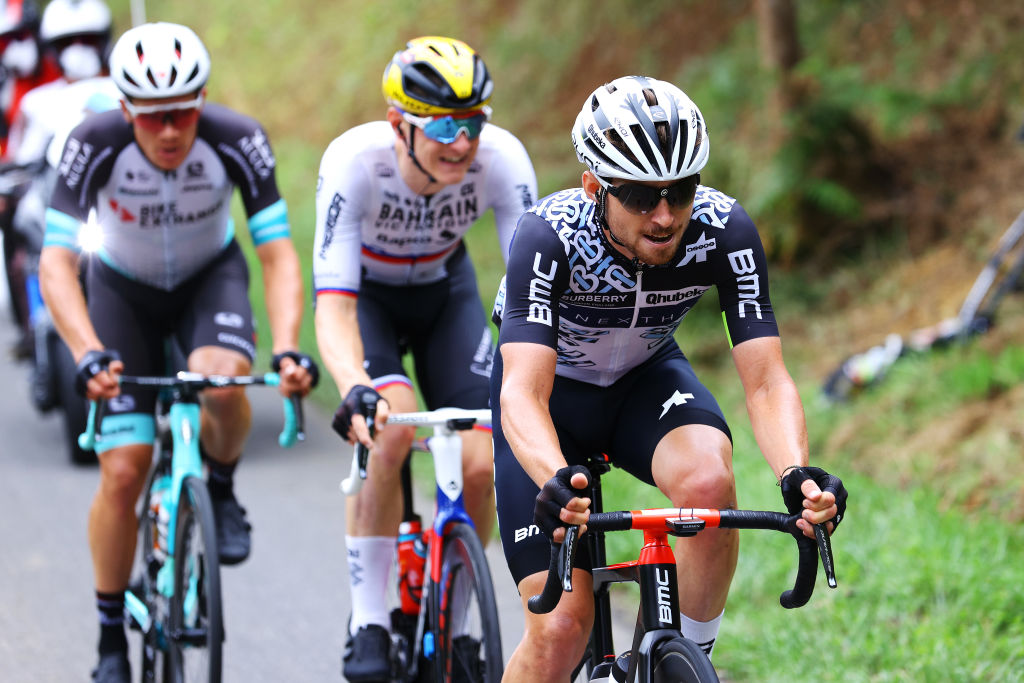 For the second consecutive year, California-native Sean Bennett was on the hunt for a team as the calendar rolled into a new season. This time around, however, the former WorldTour rider had a contract for a ProTeam that did not exist and put an unexpected halt to his professional road career at the age of 26.

The ever-optimistic and soft-spoken Bennett found a home last season at the Continental level with China Glory Cycling Team. The first-year squad of 13 riders representing seven countries set up a home base in Nice, France and set its objectives to move up in status right away. Bennett said he signed a contract extension in October with the team going to ProTeam level, but the team did not complete their funding with UCI paperwork and scrapped the project for next season.

Bennett said he had “nice memories” but was also left with the bitter frustration over the final months of 2022 not to have offers from other teams and “watched my career slip away”. However, in an interview with Cyclingnews, he said, “I’m not done with the sport”.

“I’m still young, and that’s something that’s going for me. I am still really motivated, obviously. It’s something that I’m pretty bummed about. I’m not done with the sport,” Bennett told Cyclingnews from his home in El Cerrito on the east side of San Francisco Bay.

Bennett said he signed a contract in the middle of the year to move to China Glory’s proposed ProTeam and stopped looking for another team. Then the wheels fell off.

“At the end of October, they weren’t sure about the ProTeam. And they just never reached out to me again, even though there’s something on paper for a ProTeam,” Bennett said. “It was just like nothing happened there. They had all the paperwork submitted to UCI. It’s just the funding was from China, and they just never made the transfer [of funds] to UCI for the ProTeam.

“Then, I went back to the search for teams at the end of November and into December, and nothing came.”

China Glory Cycling stated recently it would look to increase the number of Chinese riders on the squad from six to eight for 2023 but did not confirm if they had renewed at the Continental level.

“Some nice memories over the last few years. Pretty frustrated and sad about how the last few months went down. Watched my career slip away from me and leave me without a team for next year,” Bennett wrote on his Instagram account Sunday.

“It’s been a frustrating few winters being in this…