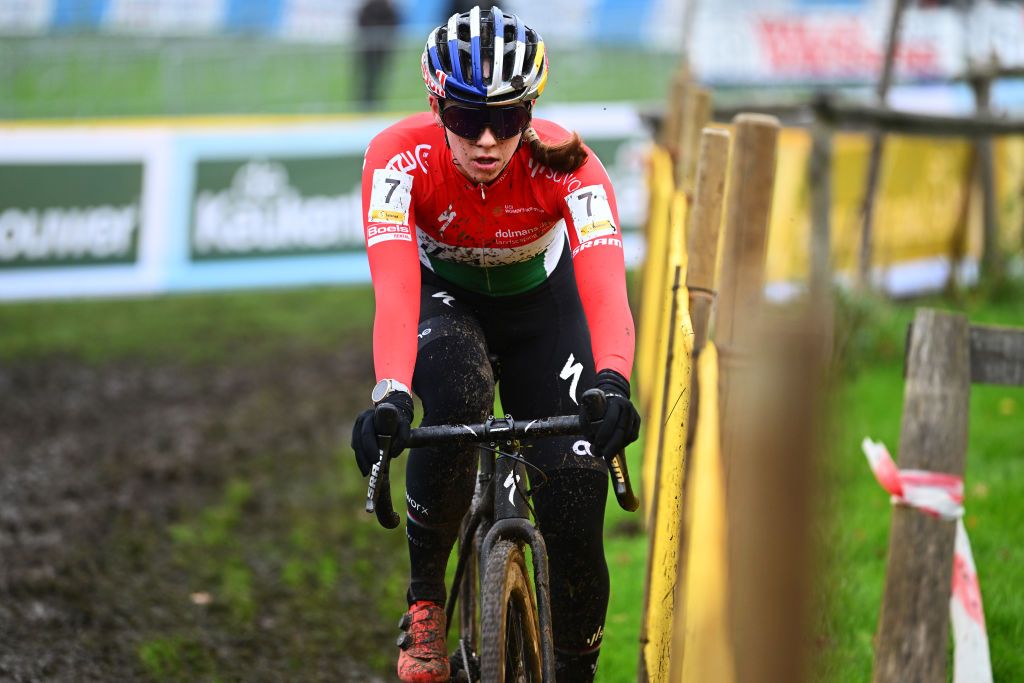 Maybe Hungary is not the hotbed for development of professional cyclists, but you can’t convince Blanka Kata Vas of that. She has excelled on the world stage of cycling in three disciplines and is just 21 years of age.

She now rides for the number one Women’s WorldTour team, SD Worx, having signed a contract extension to take her through 2023. While her teammates prepare for the start of the road season at the new UAE Tour Women in early February, Vas remained focused on her current discipline and a start in Spain at the cyclocross World Cup in Benidorm.

“I think I can be really good in ‘cross, one of the best, so I would like to continue with ‘cross,” the multi-disciplinary rider said about the start of 2023. “I started with mountain biking, but then I continued in cyclocross, and road was the last discipline I tried.

“It was my first real road season, and it was a big change for me, but I really enjoyed racing on the road with the girls. Mostly, I improved tactically. I’m a bit stronger rider also and learned to be more professional, I think. I would like to continue with cyclocross, I really enjoy doing this in the winter.”

She is “really good” in cyclocross. Vas has amassed six cyclocross victories in 18 races so far this season, the last one a repeat performance as the women’s elite Hungarian national champion for a fifth consecutive time.

Before she can focus on a second full season with Team SD Worx on the road, where she is a four-time national champion, twice each in the time trial and road race, she is laser-focused on a top finish in the elite women’s race at the Worlds for ‘cross in Hoogerheide in three weeks.

“Yes, I will do the Worlds with the elite. I chose to race with the elites (instead of the under-23 category) last year, and then you cannot go back,” she confirmed.

While Vas earned two Worlds medals in the U23 division in cyclocross, she moved to the elite division last year in Fayetteville and finished in the top 20 for the women’s elite field. She does not now want to reverse course.

“After the Overijse World Cup that I won [2021], the next race was the European Championships, and so I wanted to race…