Vuelta a España 2023 route could include Angliru alongside Tourmalet 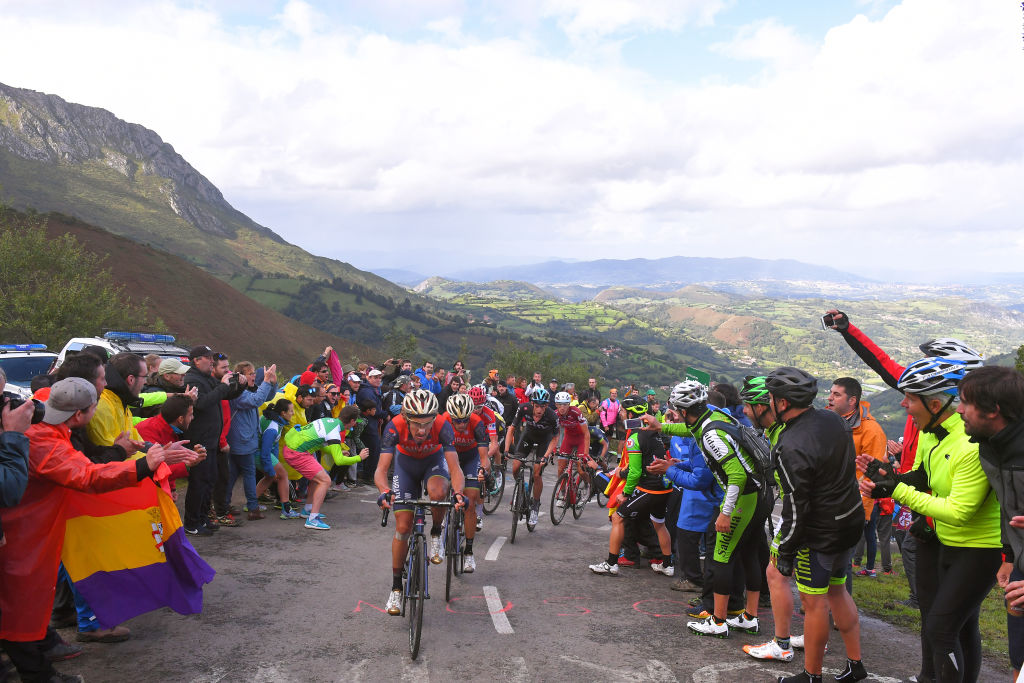 The 2023 Vuelta a España looks set to include at least four major summit finishes, with Lagos de Covadonga, the Angliru and a brutally tough new climb, the Miserat in Alicante, all touted to form part of the route next summer.

According to Spanish sports daily AS (opens in new tab), these three ascents could be included alongside the Tourmalet, which is already all but confirmed as down to feature as part of the Vuelta’s 2023 route.

Next summer the Vuelta a España kicks off on August 26th with its first start in the Catalan capital of Barcelona since 1962. But although the route kicks off with a testing, technical TTT, the set piece mountain stages much later in the race and a mid-race time trial in Valladolid will likely be the main challenges.

For the first time since 1994, too, the 2023 Vuelta a España is scheduled to run after the World Championships, making it a great opportunity for the successor to Remco Evenepoel (QuickStep-AlphaVinyl) to show off his newly acquired rainbow jersey.

The opening stage will be a team time trial for the second year running and the third time in five years.The opening TTT is only 14 kilometres long, notably shorter than in 2022 at Utrecht, but a possible uphill finish could help make it harder.

As has also already been widely published, stage 2 will perhaps repeat the opening day’s finish in Barcelona’s Montjuic Park, the scenario for the Road World Championships finale in 1973 and frequently used in the Volta Ciclista a Catalunya for its last stage.

Later in the same week the Vuelta will head briefly into Andorra for its first of at least eight hilltop finishes, although it is not likely to be excessively tough. But so far, and unlike other years when most of the route had been comprehensively leaked by early December, comparatively few other details have emerged.

It now looks likely that the race will then U-turn and head south back across Catalunya, and as Ciclo21 (opens in new tab) reported recently, a stage is now fully scheduled in the neighbouring region of Valencia for September 1st, from Utiel to the coastland town of Oliva. The ascent of a new, ultra-tough climb, the seven-kilometre Miserat in the province of Alicante, will likely bring down the curtain on the first week of racing.

The 2023 Vuelta route is expected to head north for a lengthy incursion through the Pyrenees in France and the mountains of Navarre, before heading west towards Valladolid for a time trial at the start of the third and final week….