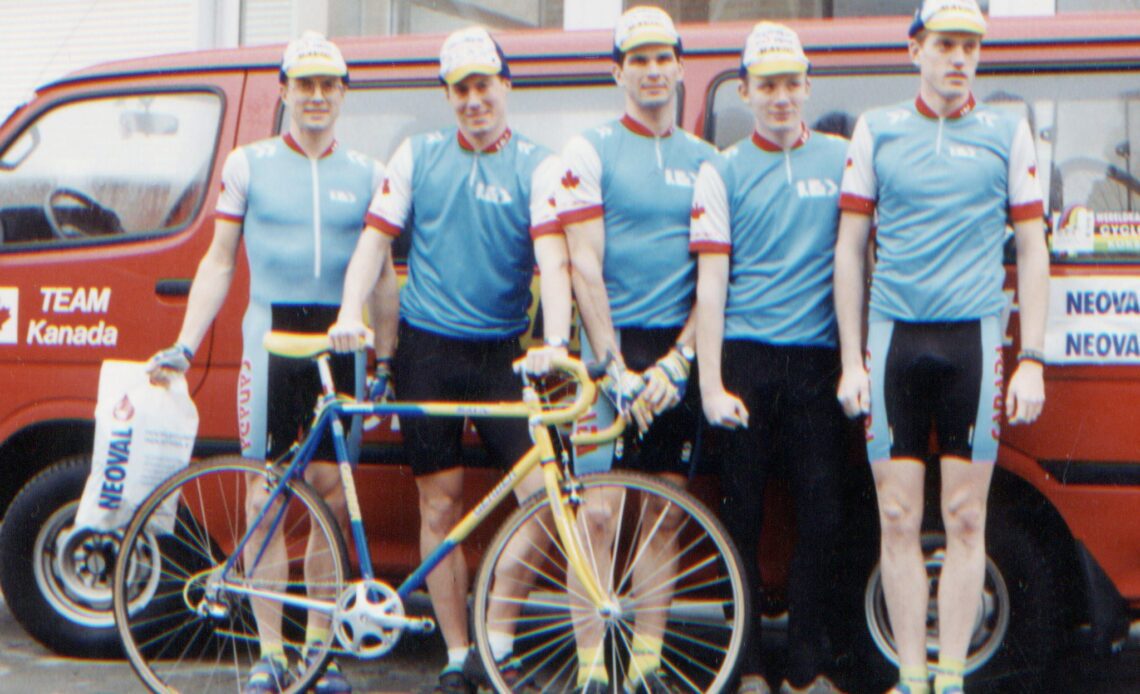 A pro cyclocross race is quite the experience. If you’ve been watching the races on Flobikes or GCN, you can see that the courses are lined of spectators. Fans will usually pay an entrance fee to enter the gated area, and boy, can they be boisterous. Some people say that ‘cross fans rival soccer hooligans.

At the race, you’ll see large contingents of people belonging to a fan club of their favourite rider, throngs of folks wearing their country’s colours, all of them very excited to be there. Sometimes. At some of the colder races in Northern Europe fans are known to have a few Belgian beers to aid their enthusiasm.

In the ’90s, I rode a few CX World Cups and world championships. My first foray into big-level Euro ‘cross was the famous Koksijde course for the junior world championships. It was the first time that course would host the biggest race of the year. In 2023, Koksijde returns, but no longer as a UCI World Cup, but part of the X2O Trofee series. Even without the WC status, it’s still a tough and unique race. The original course was designed by Belgian Paul Herigers, who would go on to win the rainbow jersey. The route has changed somewhat throughout the years, but still features the incredibly difficult sand dune sections, which are very hard to ride, and even harder to run. One of the tougher dune sections is even named after Herijgers. Nowadays, the course goes counter-clockwise, whereas when I did it, we went clockwise. It’s a unique course in that you feel bogged down when you try to churn a heavy gear through it, and when you run up (or down) the hills, you’re stepping into a deep uneven pit.

When I was a junior, I was riding with some pioneering Canadians who’d gone across the pond to race ‘cross: Kris Westwood, Bill Hurley and Brian Pedersen, who were all riding the pro race. Westwood and Hurley followed in the path of the OG of Canadians on the international circuit, Mark Orzel, riding all winter-long on the Swiss Gerber team.

I was excited to test out my brand-new Alan ‘cross bike, considered the go-to bike at the time. My dad and I had driven down to Belgium to buy matching ‘cross bikes, and outfitting them with Shimano STI levers, which at the time, was a novel thing to…