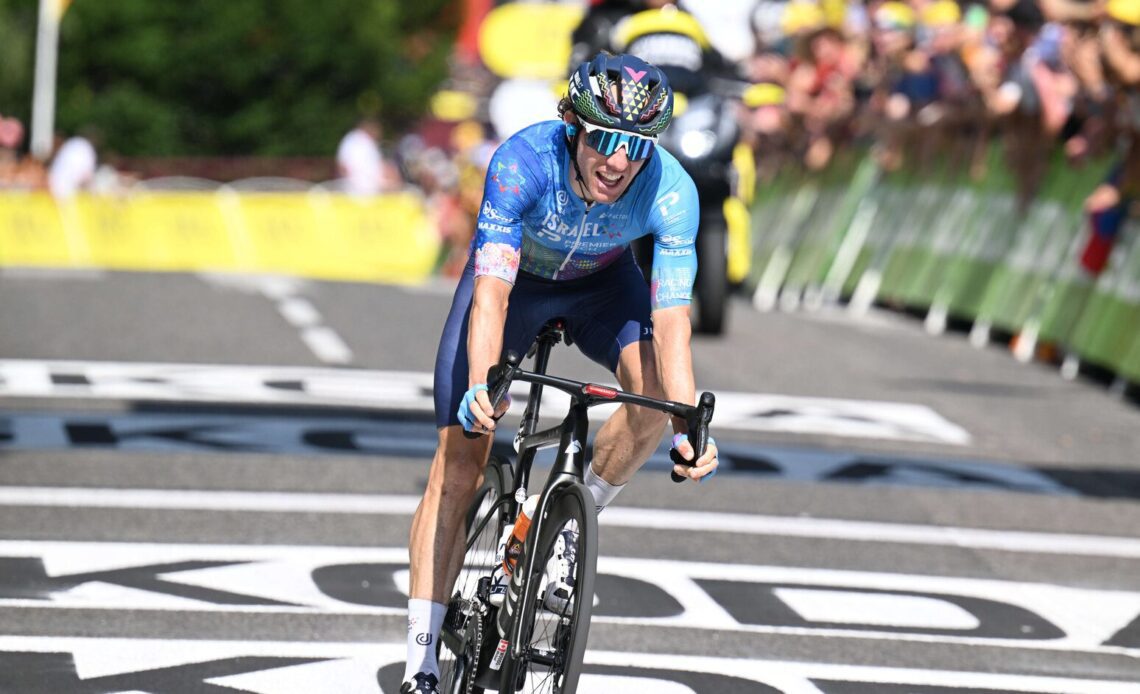 Just before Christmas, the UCI gave Israel-Premier Tech the gift of invitations to all one week WorldTour stage races in 2023, even though the relegated squad is now ProTour level and would usually get granted wild cards by the race organizers themselves. On Wednesday, the ASO announced that I-PT was invited to the 2023 Tour de France, along with awesomely-kitted Norwegian outfit Uno-X, Lotto-Dstny and Team Total Energies. ASO’s present is perhaps bigger than the UCI’s.

The 2023 WorldTour teams contain only one Canadian, Ineos Grenadiers’ Michael Leonard. Even though Alex Cataford and James Piccoli didn’t re-sign with the team, it still can boast (along with Human Powered Health) the most Canucks: Guillaume Boivin, Michael Woods, Hugo Houle and Derek Gee. The chances of 18-year-old Leonard being in Bilbao, Spain for the start of the Tour de France on July 1 are nil, but the odds of an Israel-Premier Tech Canadian at the Grand Départ are good.

I bet Houle likes his chances.

Last year, of course, Hugo Houle became the first Canadian to win a stage of the Tour since 1988, a grand victory emotionally dedicated to his deceased brother. Canada had a more direct connection with La Grande Boucle after that victory. It means a lot for a team with a Canadian owner, a Canadian director sportif and Canadian riders to return to the Big Show in July.

Right now Gee is slated to race the first WorldTour race of the season, the Santos Tour Down Under, the stage race returning after two years of COVID-19 cancelations in Australia.

So Israel-Premier Tech will be a ProTour team racing the vast majority of the 2023 WorldTour–keep in mind that the week-long stage race granting is only for this season–including all five Monuments and the Tour de France. Not too shabby.