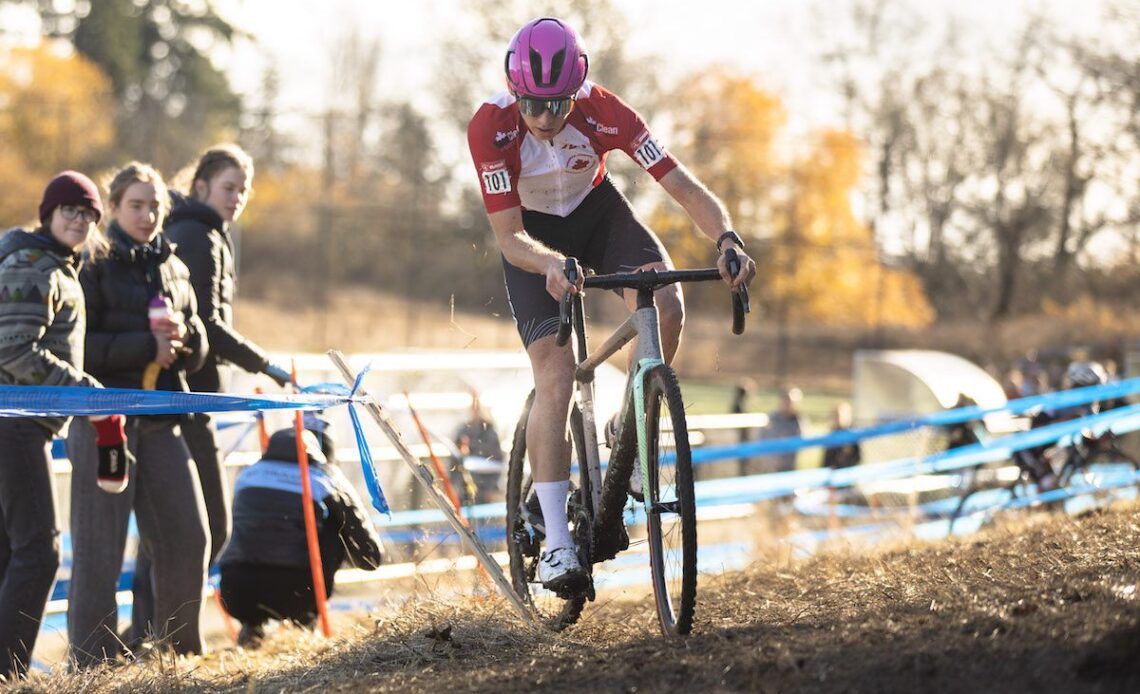 One of cyclocross’s hectic periods is over, and there some pretty incredible races. There were some major tests in all the categories as part of the lead-up the world championships on the first weekend of February.

Ten races in Holland and Belgium had some fantastic racing, including multiple battle royales between Wout van Aert, world champion Tom Pidcock and Mathieu van der Poel. The Belgian was dominant, winning seven of the events, and sending a clear message to his rivals leading up to the worlds. Toward the end of the period, Pidcock even announced he would not be defending his title as well.

<https://cyclingmagazine.ca/cyclocross/this-was-the-thrilling-sprint-between-mathieu-van-der-poel-wout-van-aert-and-tom-pidcock/h3>Rochette and McGill with solid rides

Canada’s elite women had a good run during the holiday races. We are now in the camper, driving the 17 hours to Spain where we will spend the next 2.5 weeks. I’m definitely lacking a bit of spark right now in my fitness, and I hope that I can find that extra gear from training hard in the sunshine of Spain. For Rochette, who has been steadily making her comeback after a disappointing summer, she had promising results. She DNF’ed at Gavere, and then a few top-tens and a 19th at the tricky Zonhoven.

Sidney McGill, after some strong performances just before the holiday races, such as a 8th and 9th at the UCI World Cups in Dublin and Val di Sole, respectively, had solid rides. Her best result was an 11th at the GP Sven Nys.

In 2022, Ian Ackert (Stimulus/Orbea) had an incredible ride at the junior worlds, going from last to 8th. His form has continued to impress this year, with a second at Gavere and a fourth at Herentals. Ackert would pull out early at Zonhoven due to sickness, but hopefully he can recover in time for a great ride at the worlds.

Two other riders from the Stimulus/Orbea squad had an excellent run of races. Ava and Isabella Holmgren continue to impress in their races, showing they are both very big favourites for a rainbow jersey in Hoogerheide, The Netherlands. Ava took second at Sven Nys, Herentals, and a fourth at Zonhoven. She also finished 21st in the elite race in Koksijde. Bella took the win at Sven Nys, a third at Herentals, a third at Zonhoven and a 15h in Koksijde.

After a lot of racing,…