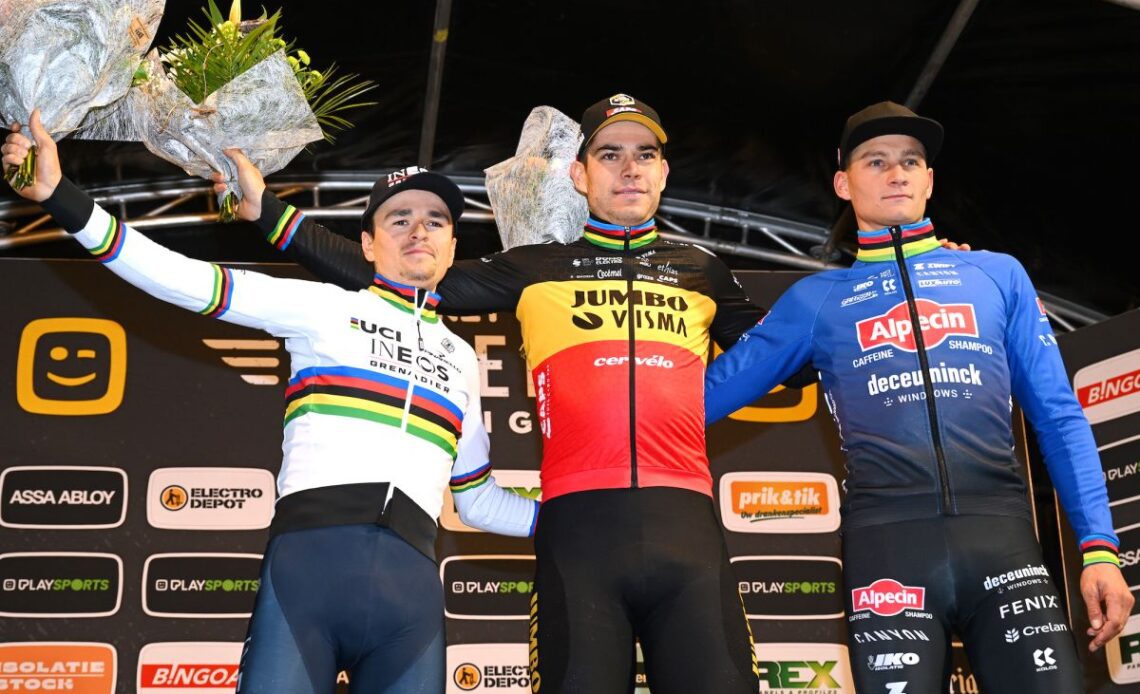 It’s only January but the racing is already heating up, with the Tour Down Under coming into its closing stages and the penultimate UCI Cyclo-cross World Cup in Benidorm, Spain attracting the discipline’s top stars. The so-called ‘big three’ – Wout van Aert (Jumbo-Visma), Mathieu van der Poel (Alpecin-Deceuninck) and soon-to-be ex-World Champion Tom Pidcock (Ineos Grenadiers) doing his last race of the ‘cross season as extra credit during his training camp in Spain.

Pidcock opted not to defend his world title and this will be his last race in the rainbow jersey. He explained on Instagram this: “Currently in Majorca with Ineos Grenadiers working towards the road season. My last cross race will be at the World Cup in Benidorm on the 22nd Jan.

I will not compete at the world championships this year. We made this decision as a team a while ago and am looking forward to having the extra time ahead of the road season.”

Fortunately it doesn’t appear to be a permanent exit from cyclocross for the Briton. “I’ve loved racing cx this winter and I’m already looking forward to racing again next winter,” he wrote.

How to watch the Tour Down Under

The Tour Down Under is currently led by Jay Vine (UAE Team Emirates), which kicked off the UCI WorldTour road season. It follows the first Women’s WorldTour of the season, the Women’s Tour Down Under, won by Grace Brown (FDJ-Suez). The Australian stage race closes out with a sprint-friendly stage around Willunga. Now that the Willunga Hill has been taken out of the route, there’s a small category 4 ascent the riders take on twice before the slightly uphill finish.

The final stage finishes in the early hours of Sunday morning for Europe with the Mount Lofty climb – a shadow of Willunga at half the distance and with most of the climb in the single-digits gradient-wise. Vine has a 15-second lead over stage 3 winner Pello Bilbao (Bahrain Victorious) with Simon Yates (Jayco-AlUla) one second further behind in third.

The weekend will be action-packed and well worth staying up for. Follow the race live on Cyclingnews or, find out how to watch the Tour Down Under live streaming or on TV.

Once the TDU is over, the racing hardly settles down. The Clàsica Comunitat Valenciana 1969 – Gran Premi València, a Spanish 1.1-ranked race takes…