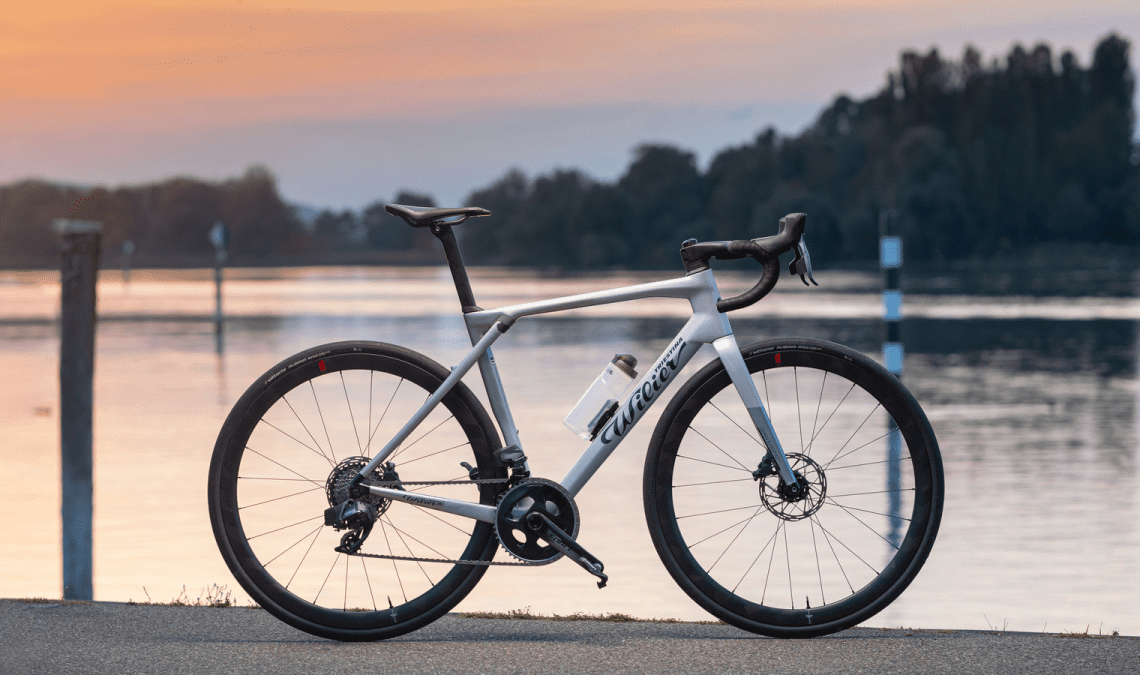 After a number of delays due to supply issues, Wilier is today unveiling the latest addition to its range of carbon fibre road bikes. It will be known as the Granturismo SLR, and it will fit in as the endurance road bike in Wilier’s range.

However, unlike the brand’s Filante SLR, which is an out-and-out aero bike; and the Zero SLR, an all-rounder race bike, the new Granturismo SLR doesn’t perfectly fit into this predefined ‘endurance bike’ mould. Instead, Wilier has sought to blend characteristics from elsewhere in a bid to carve a new niche.

Many brands have done a similar thing in recent months by positioning their endurance bikes as ‘all-road’ – the Ridley Grifn as a recent example – but Wilier has surprisingly taken the Granturismo SLR in an altogether different direction. Wilier describes it as a “racing bike designed to bring out the utmost performance and comfort.”

It has 32mm tyre clearance, and endurance-friendly geometry, but the same high modulus carbon fibre and focus on stiffness and responsiveness as its race-ready stablemates.

The brand asks: “How many times do cyclists ride pure racing bikes with centimetres of spacers on the head tube?” Regardless of whether this was rhetorical or not, Wilier believes the Granturismo SLR is a better solution and has given it race-ready characteristics, but with a higher stack and shorter reach than the Zero and Filante. In Wilier’s words, this will “minimise postural stress”, and “appear more harmonious, well-proportioned, and balanced while maintaining its racing character.”

At the heart of the new bike is a decoupler and elastomer called Actiflex 2.0. As suggested by its name, this is the second iteration of the Actiflex that was previously found on the Cento10 NDR. Wilier says this can offer up to 5mm of vertical travel.

It works by connecting the seat stays to a pivot system built into the top tube. This position is new for Actiflex 2.0, moved forward from its original position behind the seat tube in a bid to better protect against spray from the rear wheel. As before, it relies on flex in the chainstays, four bearings in the pivot system, and an elastomer to damp the movement. On most models, this elastomer is a solid viscoelastic material, but top-end models – namely those equipped with Dura Ace, Super Record and Sram Red – will be given a 3D printed version that is…