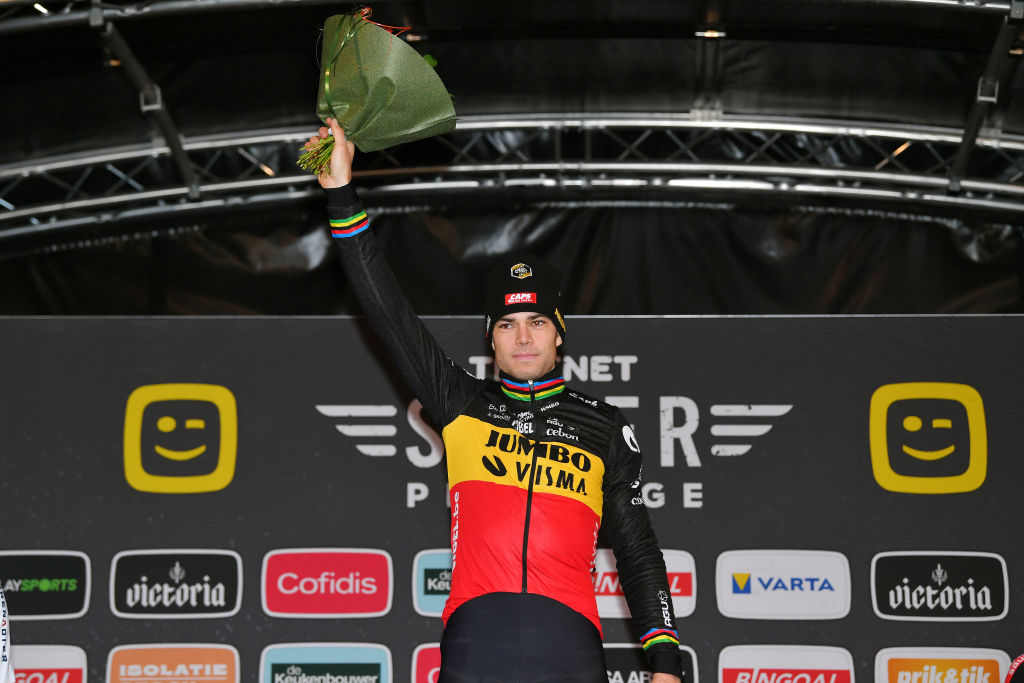 Wout van Aert (Jumbo-Visma) ran away with the victory at Superprestige Gullegem on Saturday for his seventh top finish of the season. He created the decisive separation from Eli Iserbyt (Pauwels Sauzen-Bingoal) with three laps to go and won handily by 21 seconds.

Michael Vanthourenhout made it a pair of Pauwels Sauzen-Bingoal riders on the podium with a third-place finish, 41 back.

As the penultimate round of the Superprestige, Dutch champion Lars van der Haar entered the day with a seven-point advantage over Vanthourenhout, the European Champion, in the Superprestige standings and Iserbyt nine points back. The standings would tighten by only a couple of points as Van der Haar crossed the line in Gullegem in fourth place.

Van Aert began the race at the back of a five-rider lead group of usual suspects, and rode aggressively in the middle laps to drop the challengers one by one. Absent from the field was Mathieu van der Poel (Alpecin-Deceuninck), who was expected to return to the fray on Sunday for World Cup Zonhoven on Sunday.