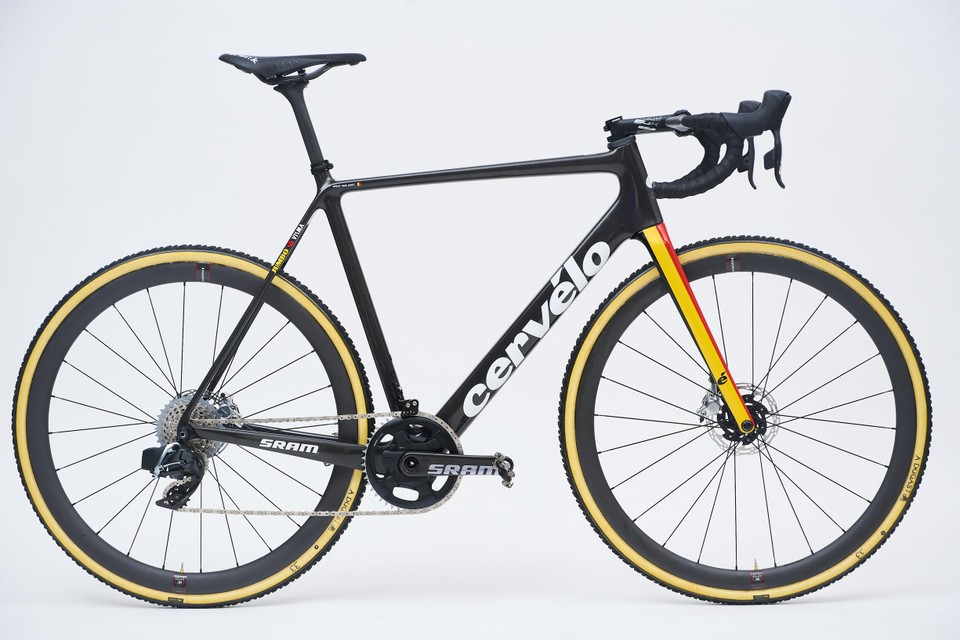 Wout van Aert says it will take time to get used to his new bike set-up, which will see him switch from Shimano to a Sram 1x groupset in the middle of his cyclocross campaign as part of a major equipment change by his Jumbo-Visma team.

While the cyclocross season straddles the winter and the new year, sponsor contracts run from January 1 and Jumbo-Visma have revealed a host of new equipment suppliers.

After a long association with Shimano, the Dutch team are switching to Sram groupsets in 2023 and while the road riders will have time to get to grips with the new set-up, Van Aert has to make the switch on January 3 at the X20 Trofee race in Herentals.

Having used his familiar Shimano race set-up just four days ago, Van Aert will race on Tuesday with his Cervélo R5-CX bike kitted out with SRAM’s top-level groupset, which features a 1x gearing system that uses just one front chainring.

While he won’t have to shift up front anymore, changing between gears on the rear cassette will require him to adjust to different commands on the levers.

“It takes some getting used to,” Van Aert told Belgian broadcaster Sporza.

“Normally I ride on auto-pilot. So it can certainly happen that I shift wrongly in Herentals. But I will soon get used to that new shifting system.”

Van Aert also pointed out that he used Sram at the Verandas Willems-Crelan team before he joined Jumbo-Visma in 2019.

“I still know the system, so the feeling is back for me very quickly. The adjustment is more difficult for the mechanics than for the riders, he said. “It’s just a bit of a shame that you now have to change from one ‘cross to another, but that’s not that difficult in itself either.”

“You save weight because there is only one chainring, you have less chance of the chain falling off, and no more mud can take hold between the two rings,” he told Nieuwsblad.

“In principle, you have twice as many gears with two front chainrings, but the toothing is larger with the rear cassettes from Sram. They have a cassette that can go from 10 to 28, 30 or even 33. Certainly, the 10 as an option is new to us, which opens up the possibility of opting for even greater resistance in some races.”

The new groupset also features Sram’s disc brakes, while Van Aert will also be switching wheels, from Shimano’s Dura-Ace model to the top-level offering from Reserve, a brand that…