‘You have to beat me before anyone else’ 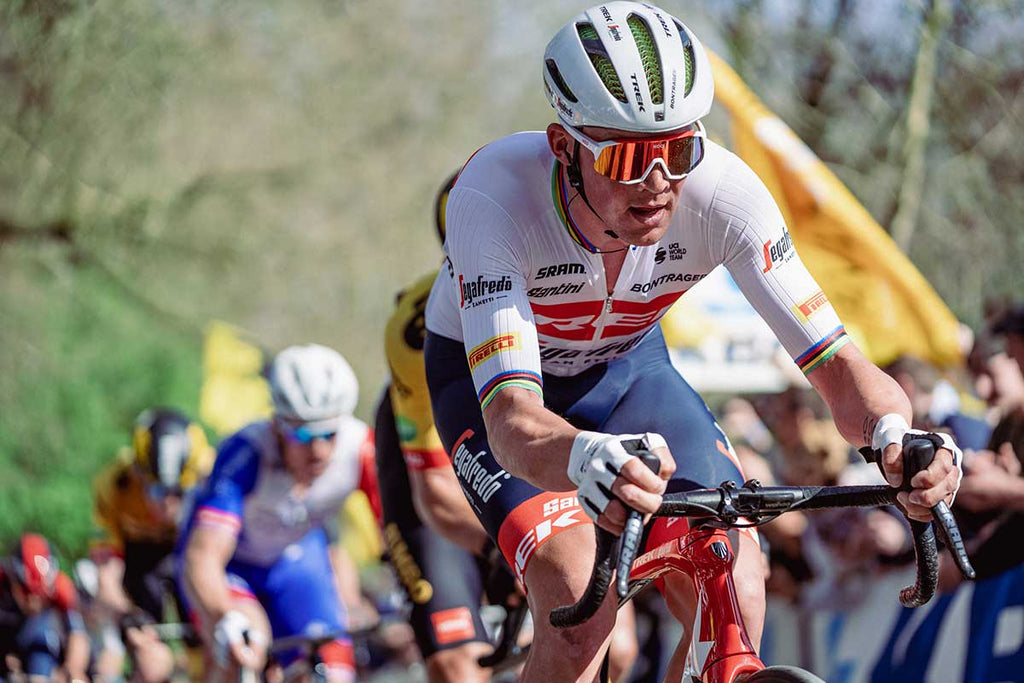 You may view some of the comments that you’re about to read from Mads Pedersen in an unfavourable light. He’s cocky, he’s got a massive ego, and there’s more than a touch of arrogance in how he talks.

But then you hear the story of how he bought his father, Claus, a bike shop a few years ago and it’s impossible not to warm to the Danish star. “My dad was a truck driver and he was waking up at 3.30am and getting home at 5pm,” Pedersen tells Rouleur in Calpe during Trek-Segafredo’s winter training camp. “They were long days and I saw my dad on the limit at a young age.

“When I was 14 or 15, I told my dad that if one day I made money I would give him money so that he could start whatever business he wanted. So when I had the money, I gave it to him and he opened a bike shop.

“It was to give him a life that he loves and to live a bit longer enjoying what he is doing. It is worth every penny I spent on it. He loves bikes, equipment, and it’s something he can do. He doesn’t have an education so it’s not easy to make the holy grail or anything super special. But a bike shop pays the bills and keeps him happy.” Is Pedersen’s father happier? “Definitely,” the 2019 world champion smiles. “I see a different dad.”

Empire Cycling in Tølløse is a small operation, with Claus and his mechanic Tim the only two full-time staff. It’s been a success, but there’s no desire to take a capitalistic approach and keep on growing. “We want to keep it like this because then it’s better for us,” Pedersen says. “If they are on the limit with work, we tell people that they’ll have to wait a week or find other ways to fix their bike. We don’t want to make the shop bigger.”

That way of thinking, of consolidating what he has, is in contrast to Pedersen’s own finances. He recently relocated from Denmark to Switzerland for one simple reason: monetary gains. “Basically, I was thinking of myself here,” he says. “I looked straight into taxes.

“I know some guys will give me s**t for doing that, and that’s fair enough, but I just have another opinion than they have. When my wife and I decided it was time to try an adventure of living somewhere else, we said ‘why not find a place where taxes are pretty low?’”

I point out to him that most people would be able to reason with his way of thinking, and nor is he the first…