You never know the places that FulGaz will take you 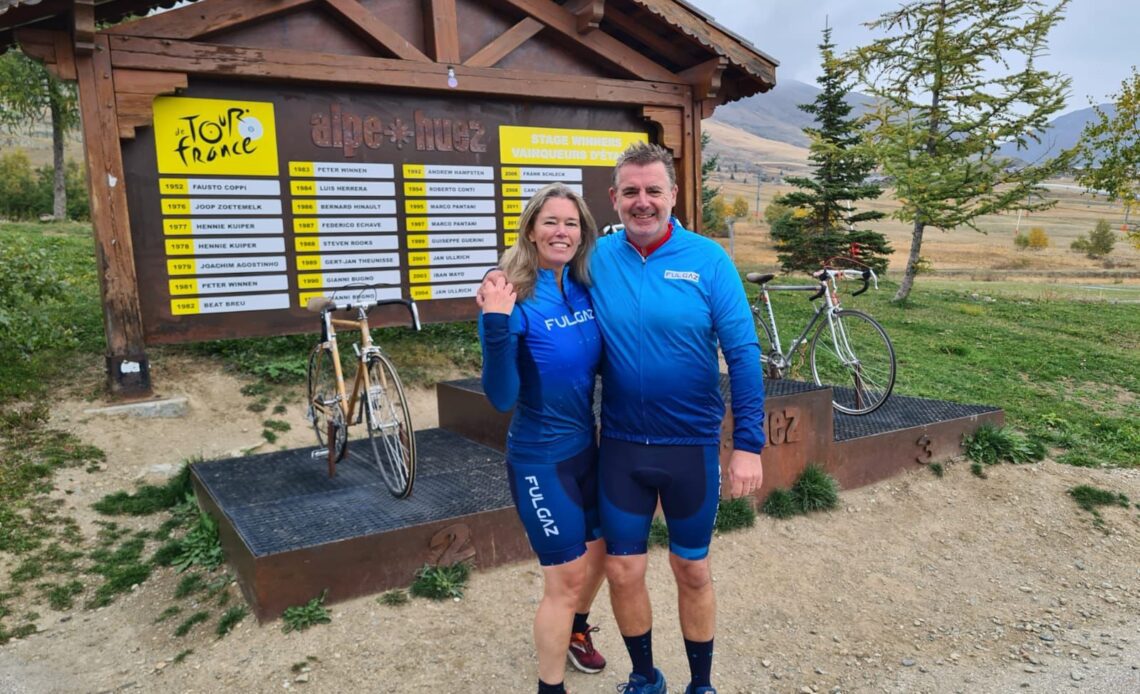 In mid-September, Paul Evans was about three weeks away from a trip to France. He and his wife Lisa were planning to take on Alpe d’Huez during the shoulder season in that area. Paul had ridden up that iconic climb about four years ago, but he doesn’t credit own ride reporting for the couple’s trip to the Alps. No, it was FulGaz that led them to France. “We’re actually going to ride it in real life because we enjoyed it so much on our FulGaz platform,” he said.

Paul, a road rider and triathlete, started using FulGaz around March 2021. For him, what sets the platform apart from others is its realism. When you take on a FulGaz ride, your monitor, tablet or television displays high-quality video footage of a real-world route. Your smart trainer adjusts the resistance according to the grade captured from the road. You can even set wind direction and speed. Evans first came to FulGaz to train for a triathlon that was taking place about three hours away from his place in Swansea, Wales. Instead of making the trek to do a reconnaissance of the bike route, he got a preview via the FulGaz ride. He felt the effort he made at the event matched those done on the training platform.

With FulGaz’s Alpe d’Huez routes, Evans is also struck by what he sees. “I stopped in that café for a coffee. I remember a woman in that garden gave us a cheer,” he recalls thinking as he pedalled away on the trainer. When Lisa saw the footage, her interest was piqued.

In the Evans household, it’s not only Paul and Lisa who use FulGaz. Their two university-age daughters also hop in for rides. It’s starting to get a bit competitive. Paul reports the following conversation: “‘How long, Dad, did it take you to get to the top of that climb?’ ‘Thirty-two minutes.’ ‘OK. Let’s see if I can beat that.’” At the moment, Paul says he’s still managing to keep his kids at bay, but they’re catching up fast. His daughters are using FulGaz to train for triathlons they are planning to do in 2023.

As for Paul’s training for the famous climb of the Tour de France, it was spot on. His time up Alpe d’Huez, 1:32, was what he did in FulGaz. “Not the fastest-ever climb, but good for a 56 year old,” he says.

Paul and Lisa are going to continue to go to new places via FulGaz. “It’s opened…