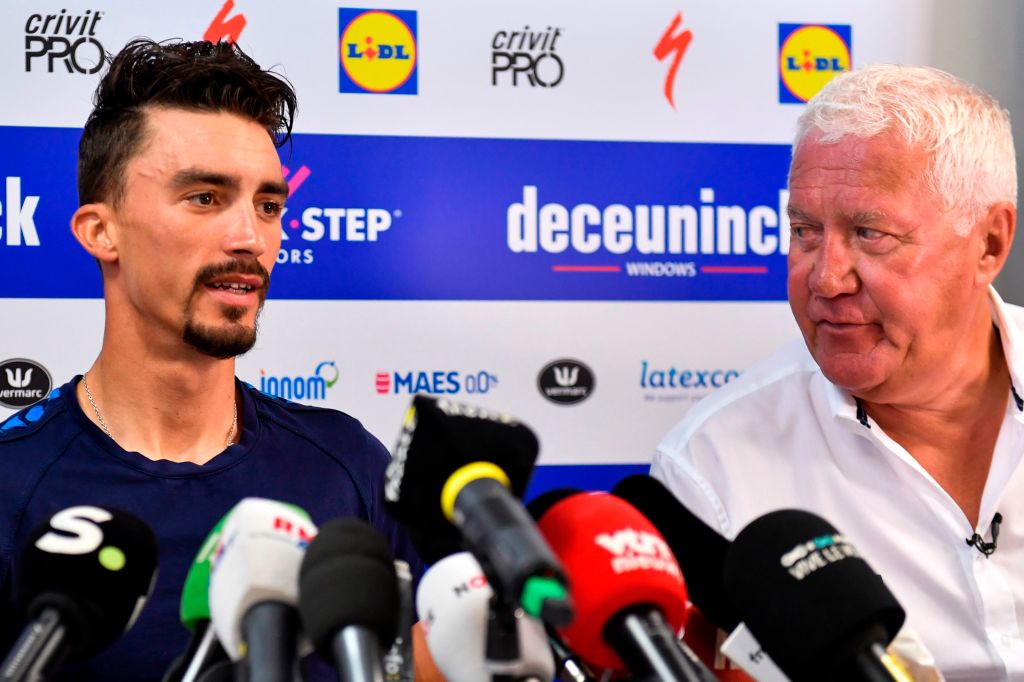 The tensions between Julian Alaphilippe and his Soudal-QuickStep team boss, Patrick Lefevere, are dragging on, with each party issuing a new round of comments via the press.

Lefevere had struck a harsh tone as he set out expectations ahead of the season, putting pressure on the two-time world champion to bounce back after an injury-ridden 2022 campaign.

“Julian has a champion’s salary, but he must confirm that he still is a champion,” Lefevere said, doubting that injury and illness were fully to blame for his relative shortage of results, and hinting at a possible split: “I made him understand that he would be allowed to leave if he was tired of the environment.”

Alaphilippe then countered in an interview with L’Equipe, saying: “He never said such things to my face.”

Lefevere has returned to stoke the flames this week, insisting that everything he said in his interview with La Dernière Heure, he’d already said to Alaphilippe directly.

“That conversation did take place. His wife and his agent were even there,” Lefevere told Sporza (opens in new tab).

“I told him he couldn’t keep hiding behind illnesses and falls. That’s the cold truth.

“We had a conversation that was full and frank. If you get paid like Julian, it’s to perform.”

Alaphilippe begins his 2023 campaign at the Challenge Mallorca on Wednesday and struck a more diplomatic tone when pressed on the matter on the eve of the race.

“Patrick and I have always been very transparent with each other. That has been the case from the beginning,” he said.

“The statements that Patrick has made will not change my way of working and my motivation.”

Alaphilippe began his career with QuickStep in 2014 after coming through the team’s development setup. His talent shone through in his early years but he really hit his stride with two stage wins in the 2018 Tour de France, which led to victories at Milan-San Remo, Strade Bianche, two straight world titles, and four more Tour de France stages.

His second season in the rainbow jersey in 2022 was beset by crashes and bad luck, with a string of serious injuries sustained at Liège-Bastogne-Liège ultimately forcing him to miss the Tour. He rebounded but dislocated his shoulder at the Vuelta a España, which ruined the back end of his campaign and left him with just two victories for the year.

Despite the public comments from his team boss, Alaphilippe insists he is…