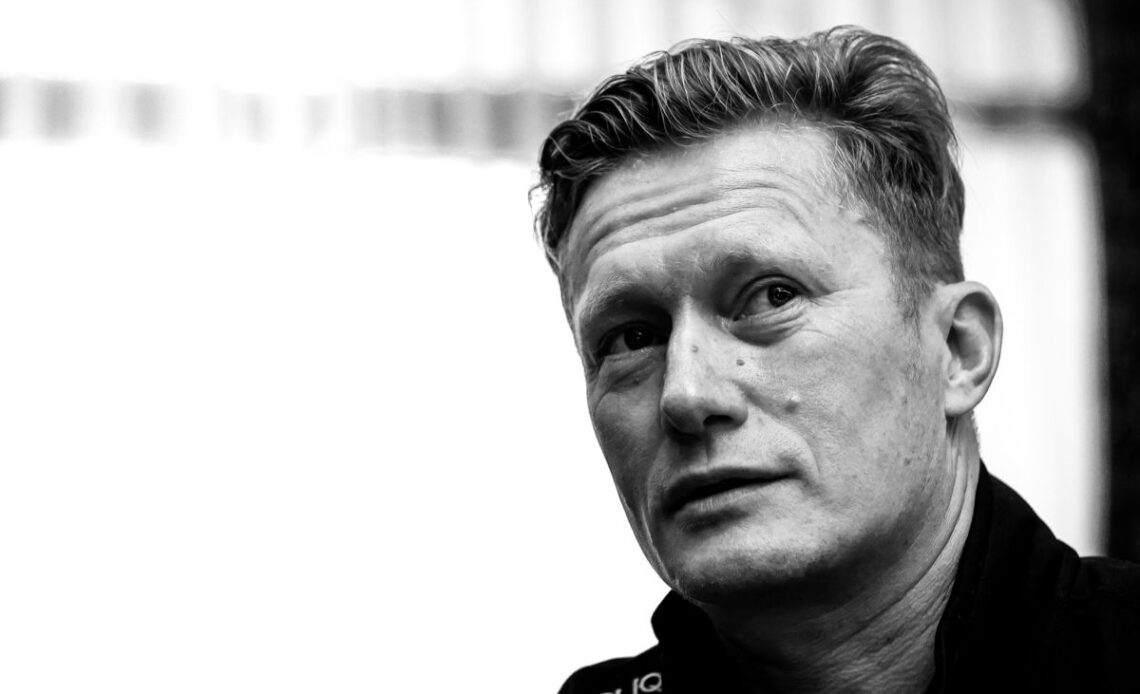 It has been just over a decade since Alexandre Vinokourov managed to take the biggest win of his career. But he has been back to where it all happened more than once – almost as if it was so important, he still needs to be sure it was real.

“I’ve been over to London with my kids a few times since,” the Astana Qazaqstan manager tells Cyclingnews, “and I went down to Buckingham Palace to see if the finish line from the Olympic Games was still painted in the road. Even though I’ll always know in my head where it was.”

Yet even if the finish line from the 2012 elite men’s road race that opened up proceedings for London’s Olympics has surely been tarmacked over a long while back, Vinokourov’s gold medal for Kazakhstan ahead of Rigoberto Urán nonetheless remains the point which marked the closing of the chapter of his life as a racer.

“It was,” he concludes in his typical soft-spoken voice, “a great way to end my career.” And simultaneously, that win on The Mall also opened up the next decade of his working as the team manager of the Astana Qazaqstan squad, all the way through to the present day.

As lines in his personal history go, the one drawn in The Mall carries a massive extra significance. But for Astana the team, the point where Vinokourov was definitively promoted to his current role of general manager was equally critical.

Vinokourov has been instrumental in keeping the squad both as a showcase for Kazakhstan’s up-and-coming riders – the latest being current under-23 World Champion Yevgeniy Fedorov – and for other top international names to race at the highest level. The WorldTour team is one of just four to have secured a Tour de France overall win since 2012, and have won two Giros d’Italia, all with the recently retired Vincenzo Nibali.

The Mall was also curiously enough probably the closest point in Vinokourov’s professional career where he, as an all-rounder, was directly or indirectly racing against the team’s new signing, sprinter Mark Cavendish.

In London in 2012, the Briton was the key local favourite for Olympic gold but an overly ambitious and publicly-aired pre-race British team strategy drained Cavendish of vital squad support. The widely predicted bunch sprint outcome was turned on its head Vinokourov left ahead in a breakaway. In the finale, he bamboozled…