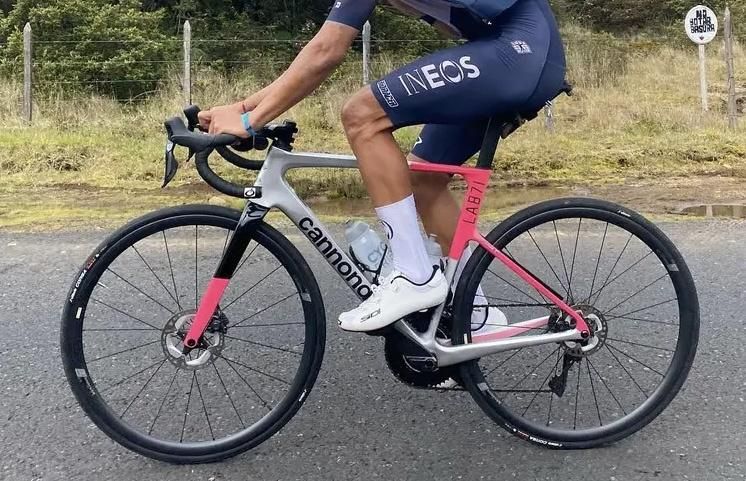 A brand new Cannondale race bike has been spotted online, having been leaked to the social media accounts of various riders of the EF Education-EasyPost men’s team.

The current model of Cannondale SuperSix Evo was launched in the summer of 2019, which although just three and a half years, seems like a lifetime ago thanks to obvious pandemic-related circumstances. Coincidentally, that literally is a lifetime ago for many road bikes, with the typical product lifecycle for top-end models being somewhere between three and five years.

Another four years takes us to this year, so it was widely expected that a SuperSix Evo 4 would appear during the year at some point. Nobody could have expected it would be this soon, though, as before the year had even begun, social media was alight with sightings of what appeared to be the new bike.

The saying ‘if it isn’t broke, don’t fix it’ comes to mind, as the new bike shares a striking resemblance to its predecessor. However, a few changes have been made, and these are significant enough to confirm that this is indeed an altogether new bike.

Firstly, the change that most Cannondale fans will be most pleased to see is a redesigned cable routing from the handlebars into the frame. The outgoing Supersix Evo featured a channel on the front of the head tube, through which the cables entered.

In some instances, this caused damage to cables and hoses, and it created an aesthetic sore point when using anything other than the Cannondale-issue cockpit. The new model appears to feature a cleaner routing through the bottom spacer. In turn, it looks as though this will allow the use of aftermarket bar-stem combinations. It also creates a smoother head tube appearance, the rear of which looks to be even…