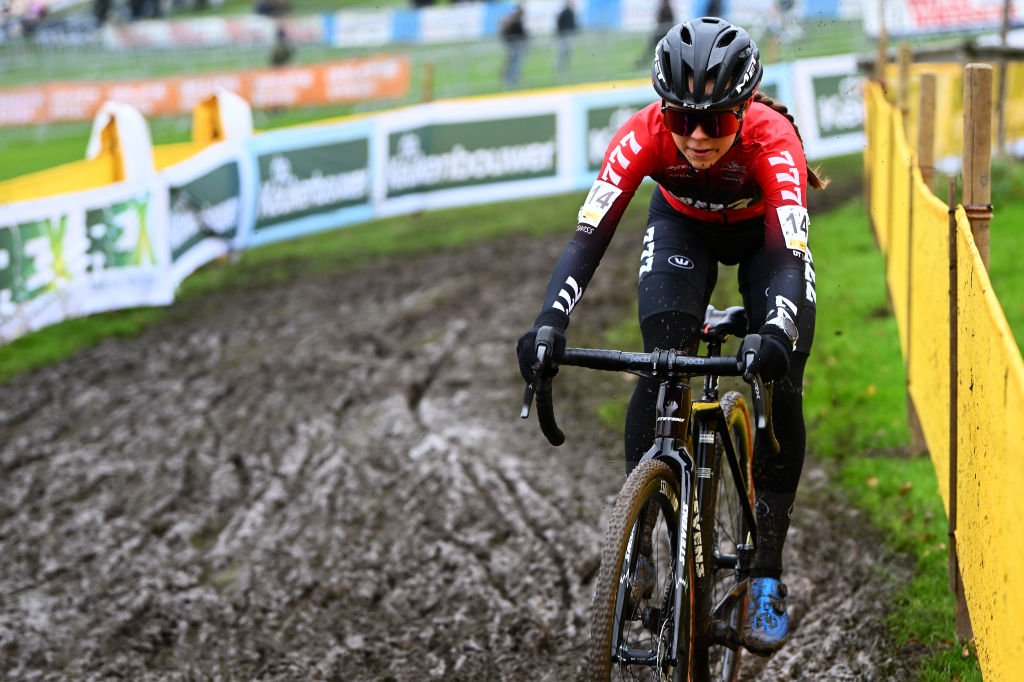 The parent organisation of the newest women’s WorldTour team, Fenix-Deceuninck, have added a development squad alongside the top-tier team, creating a similar path that the men from Alpecin-Deceuninck enjoy.

Named to the team is Briton Anna Kay, 23, a podium finisher at the UCI Cyclocross World Championships in the under-23 category.

The WorldTour team grew out of the Plantur-Pura squad that began in 2020 and comprised mostly cyclocross specialists. The team’s road programme then expanded from a handful of races to a more extensive calendar of Classics, stage races and national-level events.

“We see this as a logical step in our growth,” the team stated in a press release. “The women’s development team completes the structure. Where we want to offer the same chances to women as to men, we also see this as a necessary step to be future-proof, both towards riders and partners. And future is a synonym for development.”

The Fenix-Deceuninck and Alpecin-Deceuninck development teams will both be Continental teams, although the UCI has yet to confirm the third-tier registrations for 2023.

The organisation also confirmed the WorldTour team, with 12 riders from last year’s squad remaining along with seven new riders.

Two riders moved on from the organisation, with Justine Ghekiere joining AG Insurance-Soudal-Quickstep and Kiona Crabbe moving to Proximus-Alphamotorhomes-Doltcini.