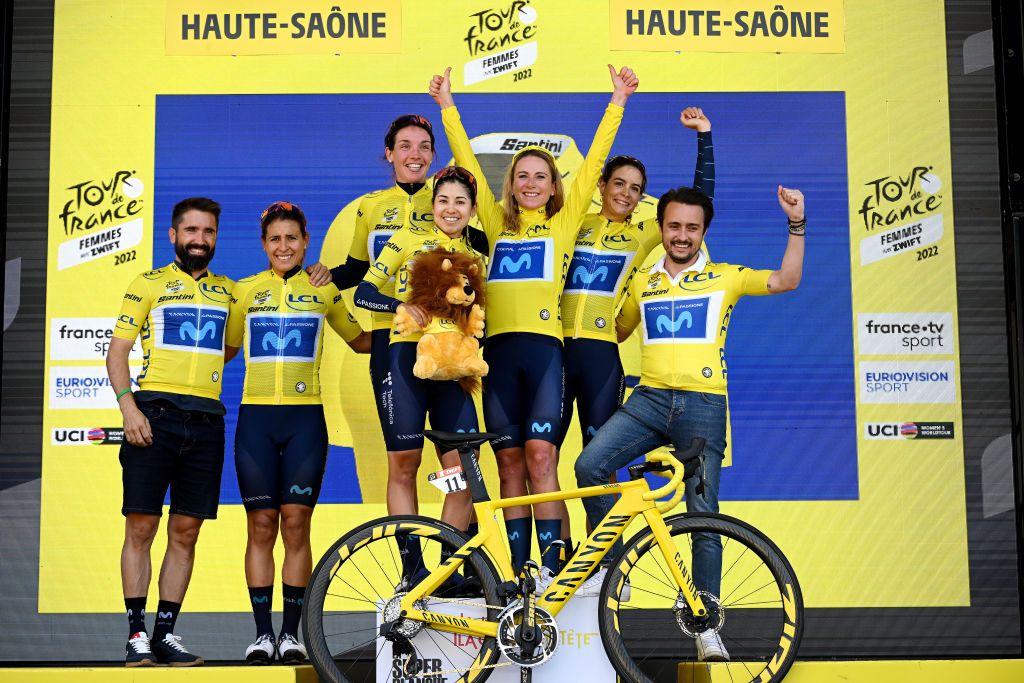 ‘Tough as nails’ is how some have described Annemiek van Vleuten’s racing style throughout her 16-year career in professional cycling.

If there is one thing we know about the reigning world champion, it’s that she likes to race hard to win, so no one should expect a champagne-sipping parade during her last year of competition before retiring at the end of 2023.

The peloton is undoubtedly bracing for Movistar to support Van Vleuten in her dream of closing out her career, celebrating on the top step of the podium with double overall victories at the Giro d’Italia Donne and Tour de France Femmes, all while wearing the rainbow jersey.

More than a Grand Tour winner, Van Vleuten has been one of the most versatile riders in the peloton, twice winning the road race and time trial world titles, gold in the time trial at the Olympics, a champion in the Spring Classics and Ardennes Classics, and magnificent in the high mountains.

She may have a targeted programme for the Grand Tours in 2023, much like she did in the previous year, but we will likely also see Van Vleuten competing in a full range of early-season Classics, everything from Omloop het Nieuwsblad and Strade Bianche to Tour of Flanders and the Ardennes.

Van Vleuten’s performances in the one-day races have sparked some of the most dramatic moments in women’s cycling. If we think back to her audacious 104km solo victory to win her first road race world title in Harrogate, victories at Tour of Flanders, Liège-Bastogne-Liège and Strade Bianche.

Most recently, there was her comeback from the freak crash, just three days after breaking her elbow in the World Championships team relay, with a stunning victory in the elite women’s road race to win the rainbow jersey in Wollongong.

Movistar has a strong core of returning riders to join Van Vleuten for 2023.

Movistar supported Van Vleuten to the majority of the team’s 24 victories in 2022, and by year’s end, she topped both the UCI World Ranking and Women’s WorldTour standings, but Norsgaard, Sierra, Eric, Gigante, and Gutiérrez…