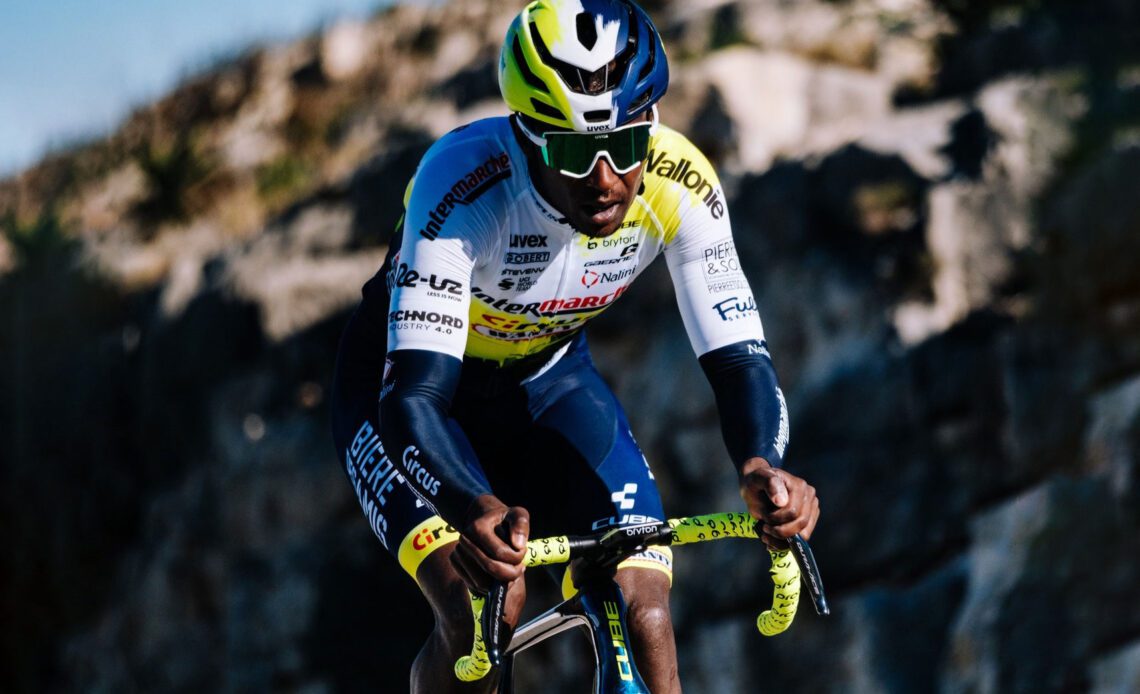 Intermarché-Circus-Wanty star Biniam Girmay has unveiled his list of targets for the 2023 season, with career debuts at the cobbled Monuments of the Tour of Flanders and Paris-Roubaix on his hit list alongside a return to Milan-San Remo and a debut at the Tour de France.

The Eritrean raced to stardom last spring on his first full season at WorldTour level, dispatching Christophe Laporte, Dries Van Gestel, and Jasper Stuyven to sprint to a spectacular victory at Gent-Wevelgem.

He then went on to beat Mathieu van der Poel to take out a stage win on his debut Grand Tour of the Giro d’Italia, confirming his status as one of the rising stars of the peloton.

Girmay is set to make his 2023 season debut at the Challenge Mallorca later this month as he begins a build-up to a trio of Monuments in the spring and le Grande Boucle in the summer.

Last season, the 22-year-old cut his spring short before Flanders to return home to Eritrea, but this time around he’ll take on Belgium’s biggest race on his birthday, April 2, before rounding out his spring a week later at Paris-Roubaix on April 9.

March’s Milan-San Remo, where he finished 12th on his debut in 2022, is also on his schedule after a trip to Tirreno-Adriatico. Later in the month, he will head to the E3 Saxo Bank Classic and will defend his Gent-Wevelgem title in the lead to the two cobbled Monuments.

Girmay and Intermarché-Circus-Wanty also confirmed that he will make his Tour debut this year. Earlier in the week, team performance manager Aike Visbeek told WielerFlits (opens in new tab) that they were still choosing between a return to the Giro or the Tour, or perhaps even both.

“He is going to benefit from all the races,” Visbeek told the website at Friday’s presentation. “Now he might still be too light for Roubaix, but it’s about the overall picture. This race is tremendously good for his experience on the bike. And he has surprised us before, as we saw in Gent-Wevelgem last year.

“If there is a Roubaix stage in next year’s Tour, he would already have Roubaix in his legs. Besides, it is also a personal dream of Biniam’s to ride Roubaix.”

Intermarché-Circus-Wanty have this winter revamped their team, with Alexander Kristoff the main departure from the Classics core among 12 exits.

Sprinter-cum-Classics man Mike Teunissen arrives from Jumbo-Visma as the team builds around Girmay for the future, while Niccolò Bonifazio, Dion Smith, and Lilian Calmejane also have Classics experience. A group of young Belgians,…