Egan Bernal: I thought about retirement after life-threatening accident 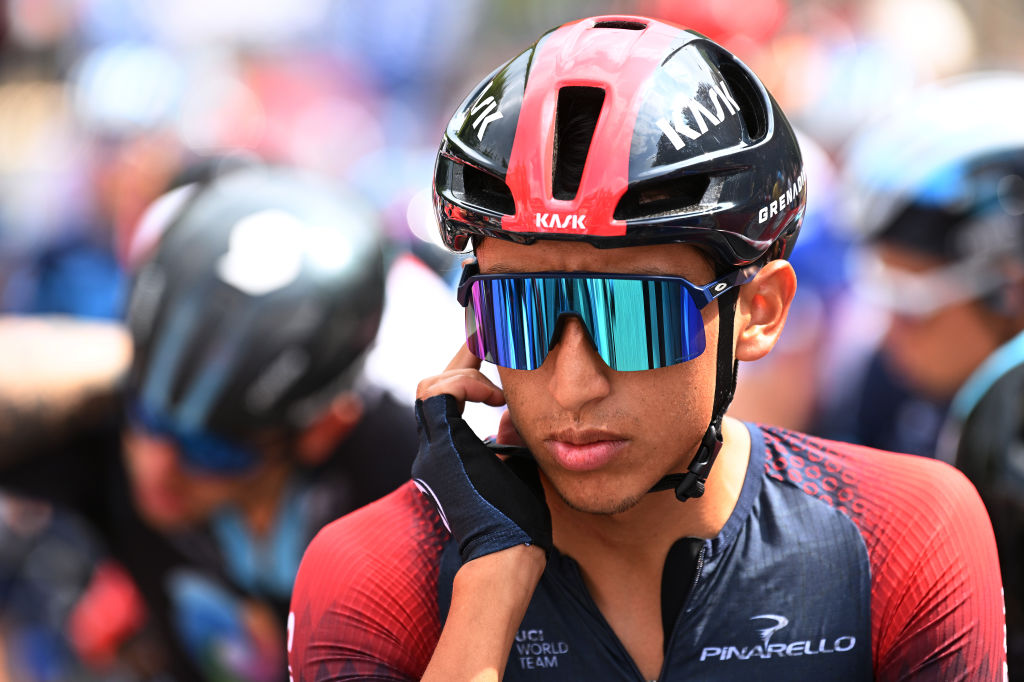 Egan Bernal has recognised that he thought about retirement during the long process of recovery from his life-threatening training accident early in 2022.

However, the Colombian cycling star has said that seeing how other people had managed to pull through equally challenging situations and reconstruct their lives afterwards persuaded him to continue in the sport.

“I thought about retirement,” Bernal told sports daily AS in a lengthy interview prior to his season start this weekend at the Vuelta a San Juan in Argentina, “but when I saw how people [in equally difficult situations] managed to turn things around, that motivated me.”

Bernal also both reconfirmed that the Tour de France, which he won in 2019, “is my number one objective of the season” and that he would perhaps add the Vuelta a España to his program “depending on how the Tour goes.”

Asked by AS what the best thing had been about the recovery process following his terrible training accident on January 24, 2022, Bernal stated categorically, “it might sound odd, but at this point in time I think the best thing that could have happened to me was the accident itself. It was very tough.”

“It sounds obvious, if I could turn the clock back it would be better that it didn’t happen, but once it did and I’m here where I am a year on, I think it was one of the best things that could do.

“I got to be closer to my family, to God, I met some very good people and that’s all thanks to the accident.

“When I have my children and grandchildren I will tell them that Dad was nearly killed when he was 25 because he crashed into a bus, and that way they can understand that even when things are bad, good things can happen as a result.”

During the off-season, Bernal has published some photos on social media in the middle of lengthy training rides and in very tough weather conditions and he said that in general his winter program had gone well.

His right leg was badly affected when he crashed but he said that it was improving little by little and his training ‘numbers’ were very good. However, he pointed out that racing was where he would really know how well he was going.

“I’m surprised and very happy about how much I’ve managed to do [this year],” Bernal said. “Not even a year has gone past and I’m now thinking about the Tour de France, and not just finish or take part but to try to go for the overall and do it as well as possible.

“If you had told me a year ago, just…