Expectation for Evenepoel, hope for Bernal at the Vuelta a San Juan – preview 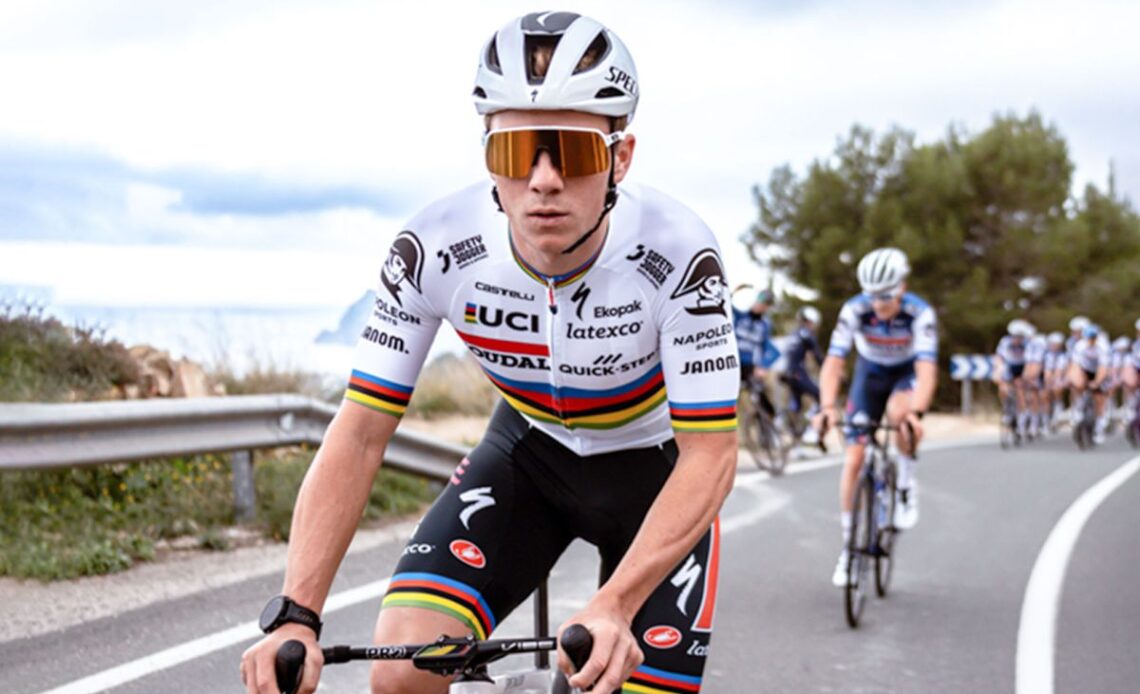 In 2020, when Remco Evenepoel won the last, pre-pandemic edition of the Vuelta a San Juan, he was presented with an Argentina football jersey bearing the number 10 and was feted in the local newspapers as the ‘Messi of cycling.’ At just 20 years of age, there seemed to be no obvious limit on what the Belgian could achieve.

Three years on, that remains the case. Hyperbole tends to age about as well as milk, but Evenepoel has lived up to the plaudits heaped upon him in January 2020. Like Lionel Messi, he returns to Argentina as a world champion, although, unlike his footballing counterpart, he has yet to build the career-long body of work necessary to see him vie with a revered compatriot for the title of his sport’s ‘GOAT’.

For the time being, Evenepoel is still competing with his contemporaries rather than grappling overtly with history, even if his every pedal stroke is being tacitly measured against Eddy Merckx, just as Diego Maradona was always Messi’s yardstick.

The Giro d’Italia is the centrepiece of Evenepoel’s 2023 season and the Vuelta a San Juan is a preliminary step on the way, but – like Merckx – he is expected to put on a show every time he pins on a number. The problem of routinely producing miracles, as Messi can testify, is that it only heightens the demand for more.

Evenepoel and his Soudal-QuickStep team arrived in Argentina more than ten days ahead of the Vuelta a San Juan, with the Belgian availing of the chance to train in the searing heat as well as the rare opportunity to spend some time in relative anonymity. The lone public obligation on the schedule was one that appealed to the former footballer, namely an evening as the guest of honour at a Boca Juniors game.

💥 Transfer news 💥@BocaJrsOficial has registered a new player for the Primera Division 🙌 pic.twitter.com/q3SJqYHPzzJanuary 14, 2023

The hospitality at the Vuelta a San Juan did not extend, mind, to designing a route expressly for the world champion. Three years ago, Evenepoel forged his overall victory in the individual time trial to Punta Negra, where he beat Filippo Ganna – and a brewing electrical storm – to claim stage honours and the leader’s jersey. This time out, there is no time trial on the agenda, which means that Evenepoel will be compelled to go on the offensive if he is to defend his crown.

The familiar 2,624m-high summit finish at Alto Colorado on stage 5 looks set to decide the race, although the long and rugged run to Barreal on stage 4…