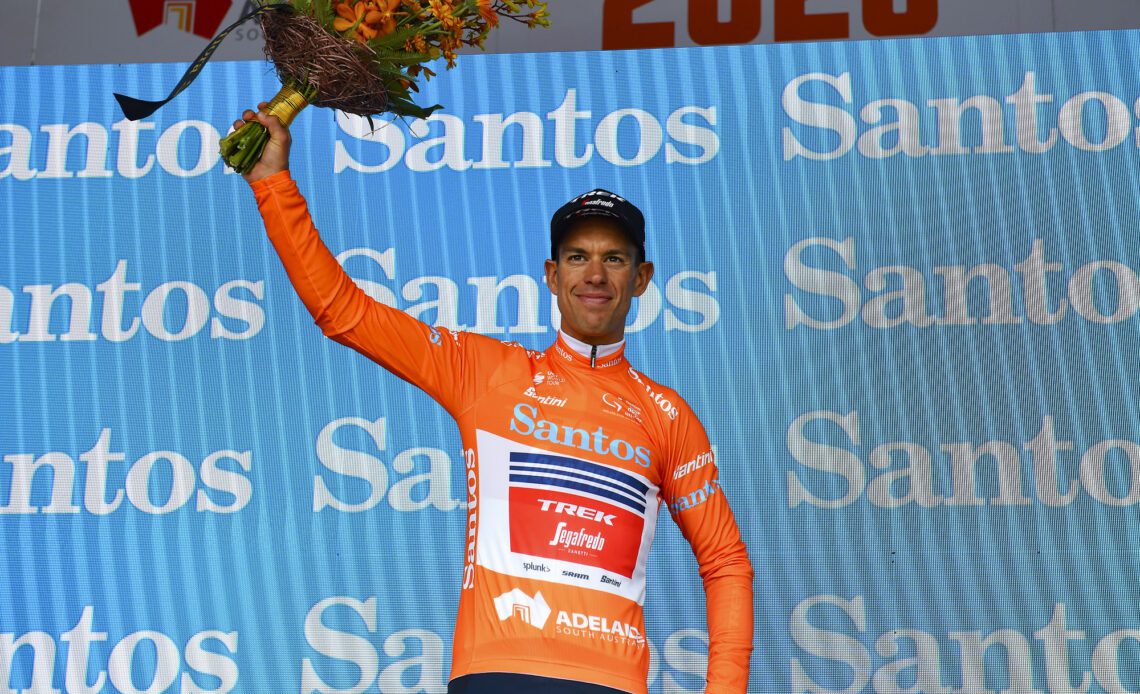 Two women have been arrested in Adelaide after glueing themselves to a pile of bikes in protest against oil and gas producer Santos being the title sponsor of the Tour Down Under cycling race.

The civil disobedience movement described their plans as “a range of creative and fun protest actions” on their Facebook page but local media have highlighted how previous Extinction Rebellion protests in Australia have been disruptive, with protesters glueing themselves to roads and chaining themselves to objects.

On this occasion, protesters placed a huge pile of bikes in the middle of the road, before two women splashed themselves with fake oil and glued themselves to the road while others held up banners and led chants outside the Santos offices.

The two women’s actions blocked the central Adelaide roads for an hour on Thursday but had no impact on the Tour Down Under as riders rolled out of the race village to go training before Saturday’s opening criterium.

Extinction Rebellion accuse Santos of sportswashing by sponsoring the Tour Down Under and want the state government to drop Santos as the race’s title sponsor.

“The focus of these protests is directed at the government, who are allowing Santos to sportswash and greenwash this event,” Extinction Rebellion’s South Australian spokesman Chris Johnson told ABC News.

He said Extinction Rebellion were not against the Tour Down Under race.

“I think people are smart enough to understand that we are targeting Santos at this race, and if we’re there with a presence and we have banners that say ‘dump Santos’ or ‘disrupt Santos’, then it’s pretty clear that we’re targeting Santos,” he said.

“Together we must not allow our government to enable a fossil fuel company to buy social license for climate destruction and greenwash this well-loved SA event,” Extinction Rebellion said when they announced their protest plans.

They plan another ‘dump Santos’ protest during Friday’s team presentation and ‘Breakaway from gas’ protests at stage starts. They have informed Australian police of their plans.

Extinction Rebellion are part of a growing movement protesting about climate change globally. Professional races have become a possible target because they are held on public roads and offer global visibility…