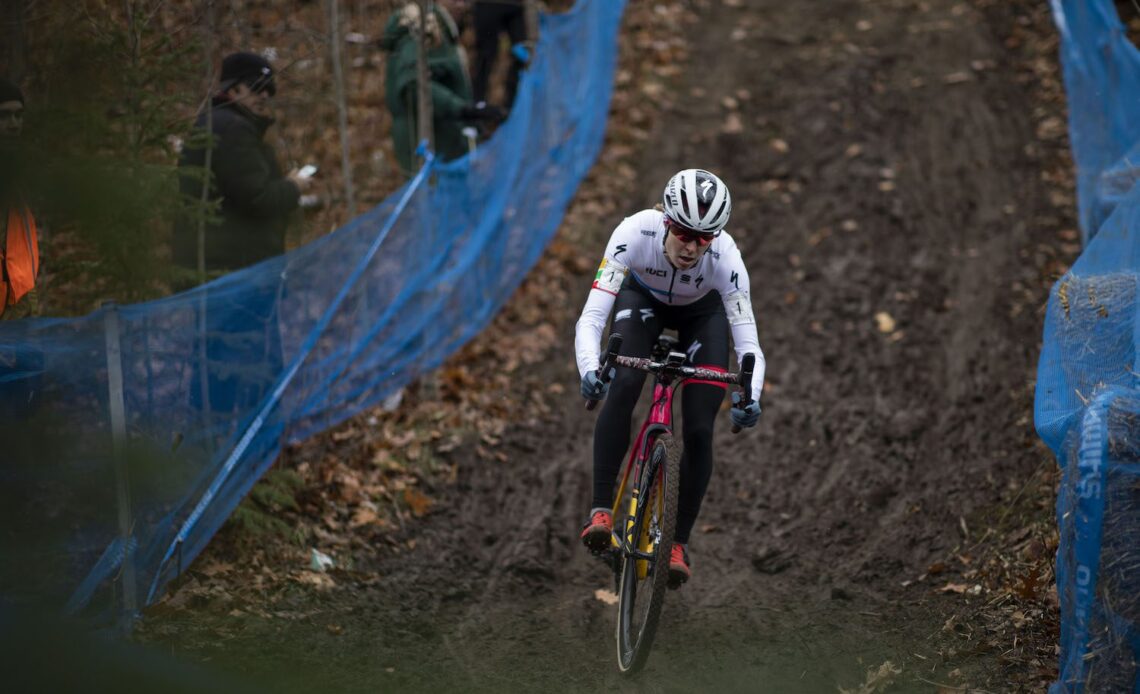 Pan American cyclocross continental championships are happening Friday, Nov. 4 and, with the event relocated to Falmouth, Mass., there is a huge contingent of Canadians headed south for the event.

With Pan Am’s tacking on to the front end of the existing Really Rad CX schedule, there are three high-level UCI races in three days. That makes it a huge opportunity for Canadians hunting for UCI points close to home. As a result, there are riders from all corners of Canada, B.C. to N.B. on the start list.

Junior and under-23 Canadians

Ava and Isabella Holmgren are back in North America and, after finishing in the top 10 of the elite women’s X2O Trofee at Koppenberg, looking fast as ever. Last year, the pair went 1-3 at Pan Ams in Garland, Texas and Ava will likely want to keep her title again this year. Sophie Bradbury, Mia de Martin and Amanda Samuelson are all on the start list for Canada.

In the junior men’s race, it’s Ian Ackert leading the Canadians but he’ll be joined by mountain biker Maxime St.-Onge among the 10 Canucks looking to reign in U.S. cyclocross powerhouse Miles Mattern.

Another eight Canadians are signed on for the under-23 men’s race from B.C., Alberta, Ontario, Quebec and Nova Scotia. With plenty of experience, Cody Scott, Alexander Woodford, Owen Clark, Hugo Brisebois, Ben Sweet, Luke Valenti, Ryan MacDonald and Eric Berg will take on the likes of Jules van Kempen and Jack Spranger.

In the elite women’s race, all eyes will be on Maghalie Rochette as she makes her return to racing. The former Pan Am champ has sat out much of the season, though, so her exact form remains unknown. Edmonton, Alta.’s Sydney McGill has raced the USCX series with much success. She’ll be joined by Victoria, B.C.’s Holly Henry, and Collingwood, Ont.’s Katelyn Walcroft in the elite women’s race.

Raylyn Nuss, though, is the defending Pan Am champ and also sits second overall in the USCX standings. With series leader, Caroline Mani not able to challenge for the Pan Am title, Nuss will be focused on defending her jersey Friday.

In the elite men’s field, Curtis White and Eric Brunner are in a season-long duel with Belgian Vincent Baestaens. With the Belgian out of the running on Friday, they’ll be fighting…