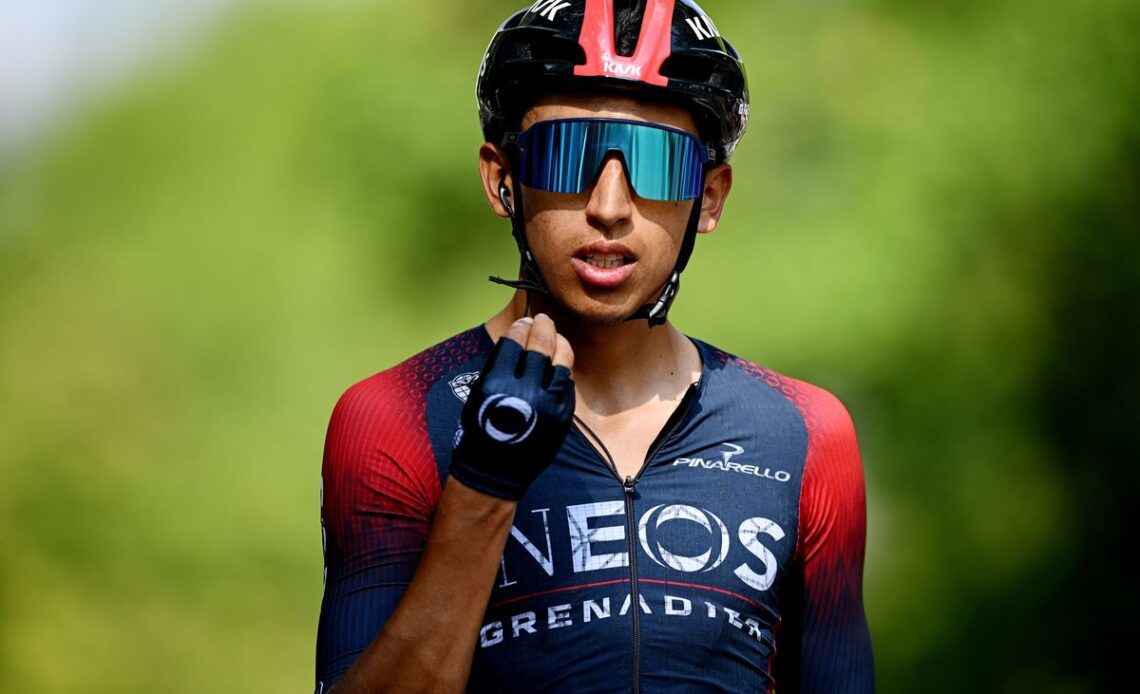 These guys? Cycling’s richest team has a lot going on, they always do, but it’s not the same script as what we were used to in recent times. This should be a fascinating season for the British behemoths. And no, even though you probably would rather skip straight to the kit history discussion, I will not be moving that up to Factor #1.

Short answer is Egan Bernal. Something close to 100% of us hope that he recovers to his old form. And if he does, then he immediately becomes INEOS’ most important rider, by default at least. Geraint Thomas at 36 is still a fine rider but can’t be considered a Tour threat. Dani Martinez’ ceiling probably isn’t high enough for grand tour glory. Tao Hart got his Giro but that’s probably it. Carlos Rodriguez needs more time before we start drawing conclusions.

But underneath this is a bigger question about what this team is now — specifically, are they no longer the Terrors of the Tour? I don’t think that was clear a year ago but it is now. Even 100% healthy Bernal is not going to win the Tour. On an individual level, he’s very unlikely to be able to match Vingegaard and Pogacar, and INEOS can’t really claim any superiority as a team over Jumbo in particular. Sky has been who they’ve been, but Jumbo have turned Dutch engineering pride into a team that’s every bit the ultra-professional juggernaut Sky was. And Pogi is Pogi. We aren’t even bringing up Evenepoel.

I don’t think Bernal is on their level even if he recovers, in part because he won’t have a team boost that Jumbo can’t match or best. UAE are stacking their lineup to help Pogacar too, assuming he even needs it. Bernal… Bernal. Let’s see what he is. But I don’t see it.

Could his legacy be both the youngest-ever Tour winner in over a century, and a one-time Tour winner too? That’s some 19th century shit there. Anyway, if Bernal can go all out, he could maybe make it interesting, and if he can’t, then INEOS are just window dressing until the next great winner falls in their laps.

3. Is Ethan Hayter their sprinter?

Short answer is that it sure looks that way. Hayter is an…