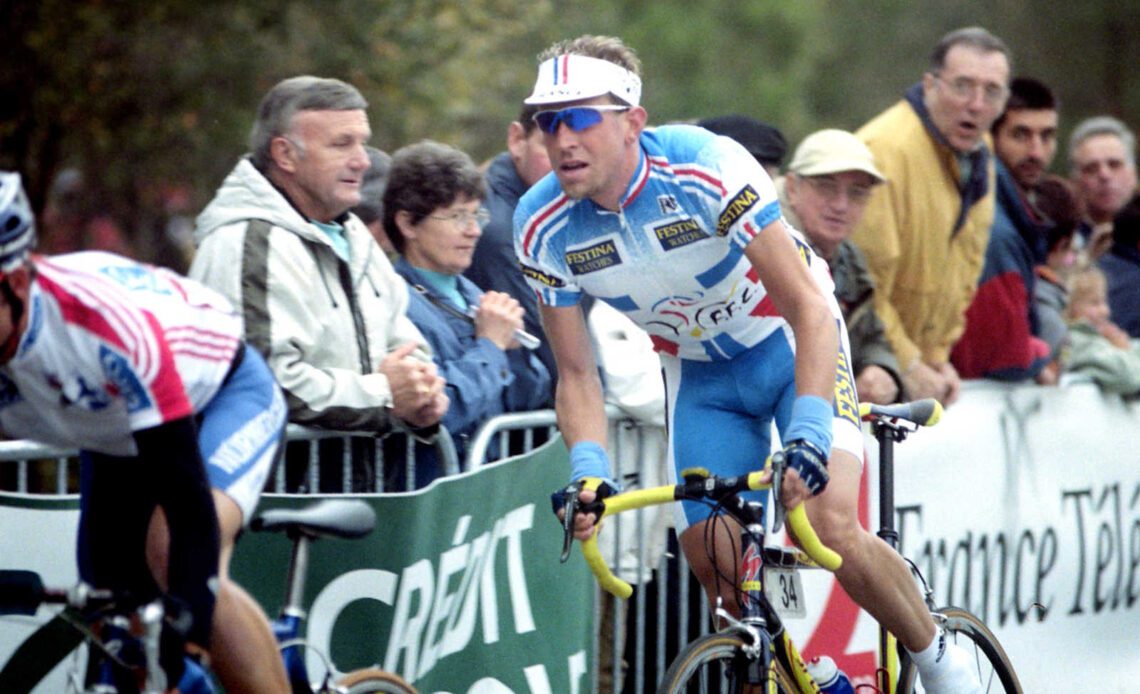 Former professional cyclist Christophe Moreau has been arrested in Switzerland on charges of threats of violence against his family. According to a report in the Swiss news outlet Le Matin. Moreau allegedly threatened his wife in a phone call. He’s also been seen near his wife’s apartment. She and Moreau have been separated since the fall.

On Sunday, authorities arrested Moreau, and also seized several shotguns. Moreau turned pro in 1995 and raced until 2021, for Festina, Crédit Agricole and AG2R Prévoyance. He was also involved in the infamous Festina affair during the 1998 Tour de France and arrested. The French rider would later to confess to using the blood booster EPO. The 51-year-old won stage of the TdF in 2001 as well as winning the Critérium du Dauphiné in both 2001 and 2007.

According to Swiss news, he was also apparently under the influence of alcohol when police arrested him. This wasn’t the first time Moreau had been drinking and driving. In 2022, his license was revoked when he was caught with a blood alcohol limit five times over the legal limit.