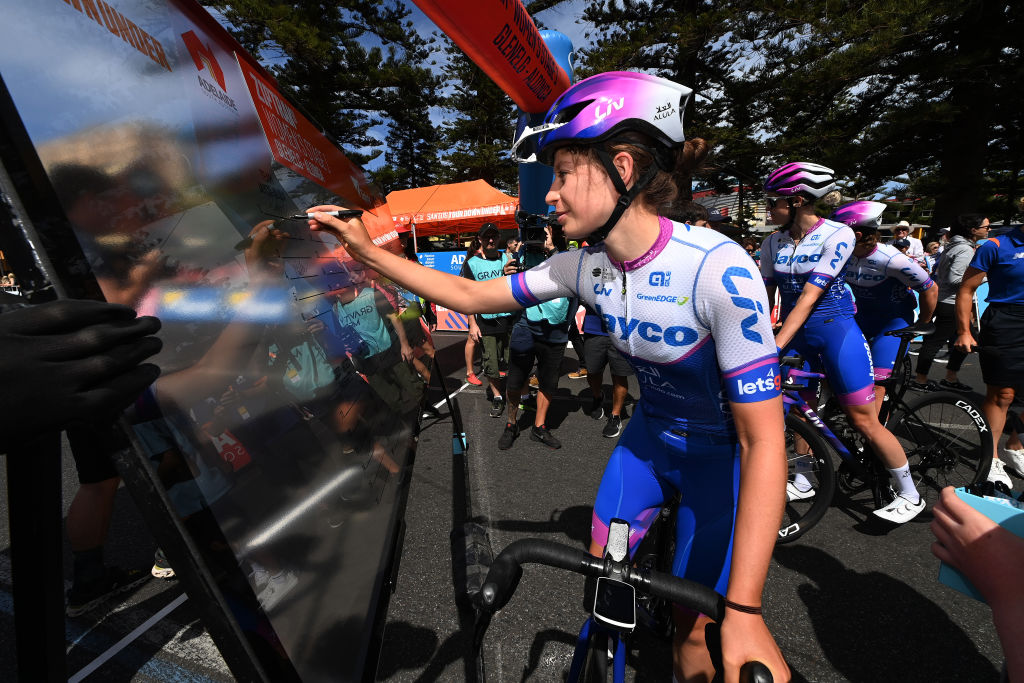 The Jayco-Alula team were riding to win at the women’s Santos Tour Down Under but could do little to stop Grace Brown (FDJ-SUEZ) and Amanda Spratt (Trek-Segafredo) snatching victory and the podium spots from them on the final stage.

Alex Many won stage 2 and started the final stage with the ochre-coloured leader’s jersey. However the high pace and Spratt’s attack on Corkscrew climb saw her distanced and Ruby Roseman-Gannon could only sit in the chase group and hope they caught Spratt and Brown.

The two stayed away with Brown taking the stage and the overall victory, while Roseman-Gannon was only fifth on the stage and so also missed out on any chance of third place overall. She finished fourth overall, at 28 seconds, with Manly 11th at 40 seconds.

“We came here for the win. It’s nice to get fourth but we wanted more, so it’s a bittersweet result for us,” Roseman-Gannon told Cyclingnews after the race.

“We knew it would be a close exciting finish because we had the steep climb. We knew that Spratty was going to be the best up there but there was a seven-kilometre chance to bring it back.

“We gave it all we could and the team committed perfectly into Corkscrew road. It was a hot hard day and we just didn’t have the numbers over the climb to bring the attacks back.

“I was sitting on the group hoping we would catch on to Spratty and Grace Brown or that Alex Manly would catch us but unfortunately they were just too strong today.

Roseman-Gannon damaged a temporary front tooth and so is looking for a dentist in Adelaide but remained upbeat for next week’s Cadel Evans Great Ocean Road Race.

“Cadel’s race is maybe my favourite race in Australia and in the whole of the calendar,” she said.

“I love the course. It’s where I gained the confidence to think I could go professional. That’s a big goal for me. I think my legs are there. I’ll try to  learn from my mistakes here and go for it. Grace Brown and Spratty are also on good form, so we’re going to have to use everything we’ve got as a team to try and win it.”

Roseman-Gannon may have wanted a better result at the Tour Down Under but the winner of the 2022 domestic replacement event, the Santos Festival of Cycling, was still happy to see the race back on and part of the women’s WorldTour in 2023.

“It’s an amazing race and to be racing at home in Australia with the crowds and atmosphere is an amazing way to start the year,” she said.

“It’s my favourite time of the…