Gianni Moscon suffers broken collarbone in Tour Down Under crash 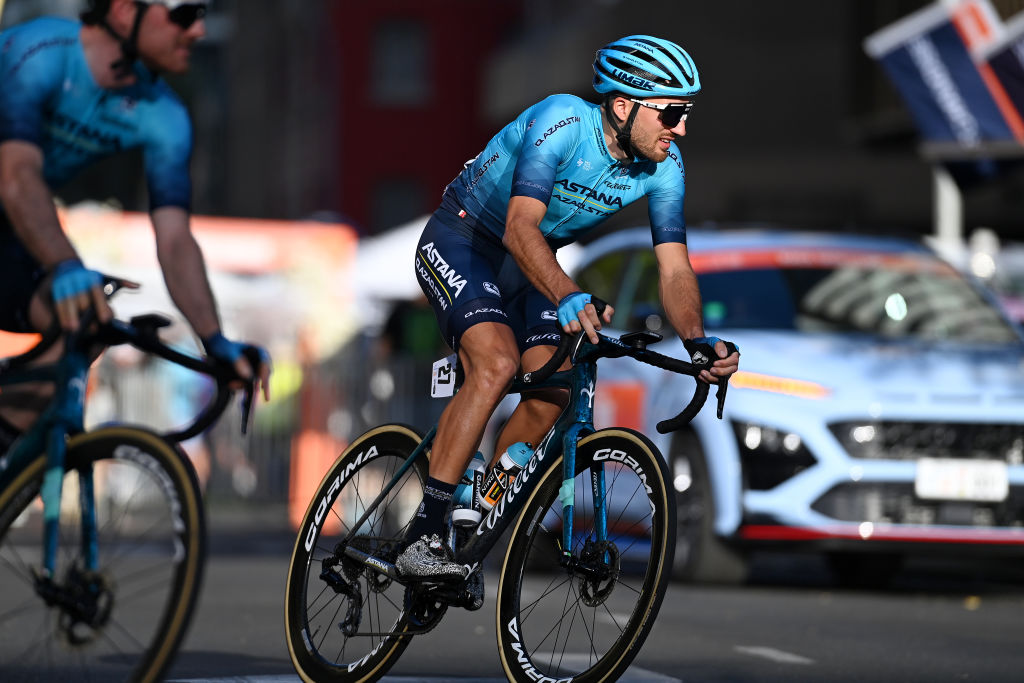 A year on from an early season campaign ruined by COVID-19 and bronchitis, Gianni Moscon faces another spell on the sidelines after breaking his collarbone in a crash at the Tour Down Under.

The Italian, beginning his second year at Astana Qazaqstan, went down on Friday’s third stage of the race together with teammate Leonardo Basso. However, while Basso was able to quickly get going again and finish the stage, albeit 12 minutes down, it was game over for Moscon, who left the race.

Astana Qazaqstan confirmed the injury and announced that Moscon will undergo surgery in Australia.

“Medical examination confirmed a left collarbone fracture to Gianni Moscon,” read a statement issued by the team. “Our rider will be operated by Dr Nicolas Chabrel in Calvary Adelaide Hospital.”

Depending on the severity of the fracture, the injury is likely to see Moscon out of action for around a month to six weeks, putting a big dent in his preparation for this year’s spring Classics.

Moscon has struggled for form in recent seasons after a promising start to his career with Team Sky which saw him win the Tour of Guangxi and Arctic Race of Norway and take third at the 2017 Il Lombardia.

However, his time at the British squad was marred by a series of incidents including racially abusing Kevin Reza and several acts of violence against other riders.

A change of scenery for 2022 promised a fresh start, but after suffering several illness setbacks through the spring, he called an end to his Classics campaign early, citing a “sub-zero” condition on the bike.

He made Astana’s Tour de France but left the race on stage 8 with his team citing ‘long-COVID’. It was later discovered that he was suffering from a bacterial infection in his blood, which was solved by a course of antibiotics.

He would tell Cyclingnews at the season-ending Tour de Langkawi, where a pair of top 10s amounted to his top results of the year, that “I couldn’t train, I just got tired, every little effort I do made me more tired, instead of making me improve.”